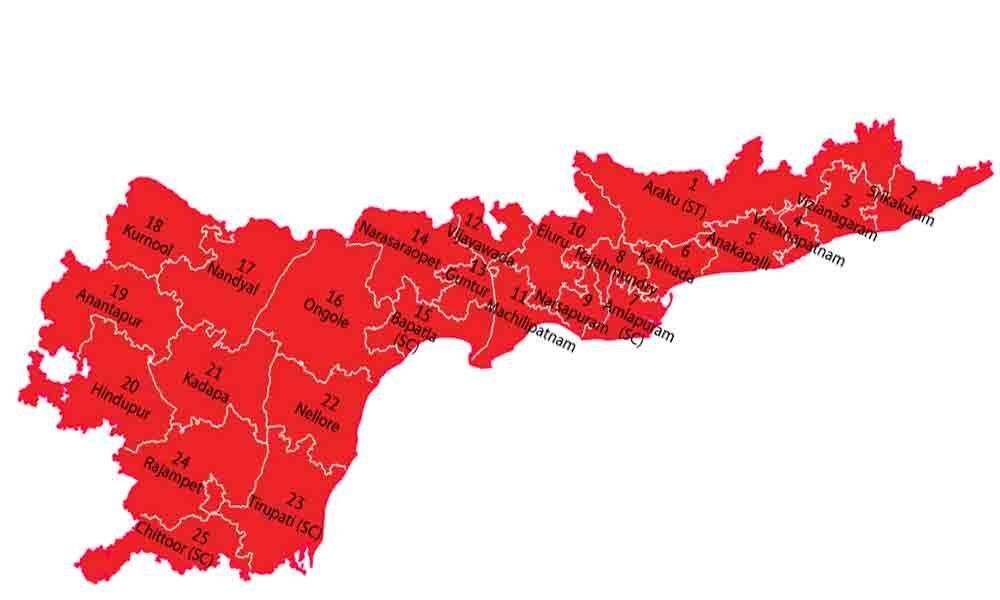 As per the assurance given by Chief Minister Y S Jagan Mohan Reddy, Srikakulam district is likely to be split into three districts. He had earlier assured that the new districts will be formed based on parliamentary constituency-wise.

Srikakulam: As per the assurance given by Chief Minister Y S Jagan Mohan Reddy, Srikakulam district is likely to be split into three districts. He had earlier assured that the new districts will be formed based on parliamentary constituency-wise.

Formation of new districts parliamentary constituency- wise may lead to several problems in the existing set up. Etcherla mandal in Etcherla assembly segment located adjacent to Srikakulam district head-quarters. If it merged into Vizianagaram people will face tough time to reach district head-quarters for their regular works. Etcherla mandal has developed as educational hub as one university, IIIT, engineering colleges, 20th century Gurukulam, government residential schools and colleges are located here. All these institutions will be shifted to Vizianagaram if it is merged into Vizianagaram.

Rajam segment headquarter Rajam town is fastest improving town in Srikakulam district and it is a popular business centre for 11 mandals. If it is merged, Vizianagaram will further gets boost. By considering these aspects locals are opposing merging and formation of districts on parliamentary constituency wise. Bhamini mandal in Palakonda segment is more than 300 km away from Araku. More than seven hours journey is required to reach Araku from Bhamini which involves lot of strain, pain and time.

"For administrative facility formation of new districts is necessary but it should be convenient to the people,'' senior advocate of Srikakulam Mamidi Kranthi opined.

"Some parliamentary segments are suitable for one district but some are not like Araku which is far from Palakonda assembly segment. In such cases separate arrangement is required, CITU state vice-president, Duppala Govinda Rao explained.