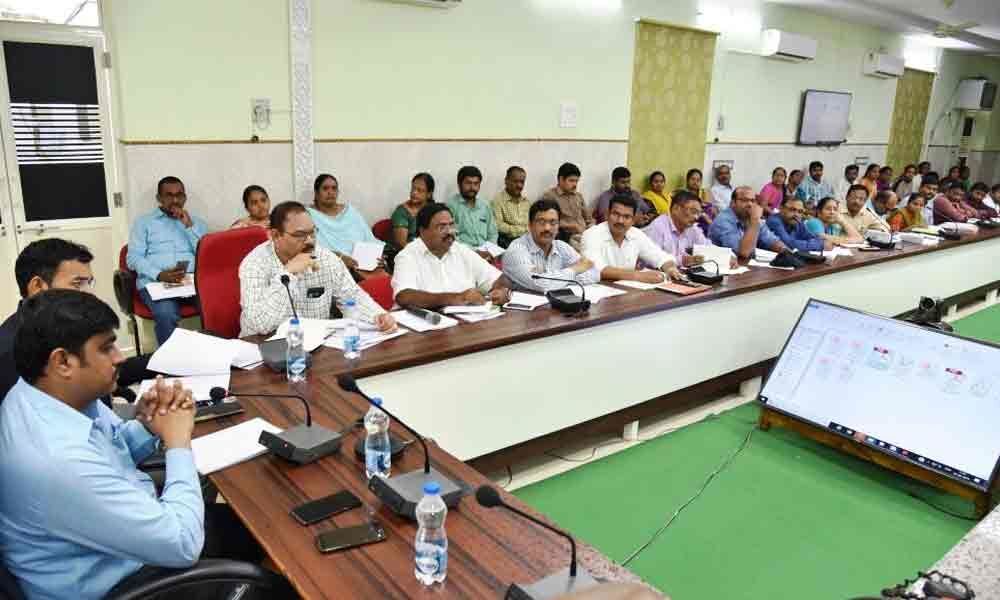 x
District Collector J Nivas addressing a review meeting with officials with regard to kharif season arrangements, in Srikakulam on Tuesday
Highlights

District Collector J Nivas directed the officials of Agriculture, Irrigation, AP Seeds and Marketing departments to take all measures to meet the requirements of farmers in kharif season.

Srikakulam: District Collector J Nivas directed the officials of Agriculture, Irrigation, AP Seeds and Marketing departments to take all measures to meet the requirements of farmers in kharif season. Farmers should not suffer due to water supply, seeds, or fertilisers, he said.

The Collector held a review meeting here on Tuesday with the officials of various departments with regard to arrangements for kharif season for the benefit of farmers in the district. Normally kharif season starts from first week of July, but officials

have to prepare action plan for kharif in advance of 15 days. Total 5.25 lakh acres extent of land will be cultivated during kharif season in the district and officials need to make arrangements by expecting requirements of farmers, Collector said.

He warned the officials that action will be taken against them if they fail to take steps to solve problems relating to water, seed and fertilisers supply in any area. Collector also directed officials to supply seeds category as per requirement of farmers and suggested officials not to force farmers to purchase particular variety of seeds.