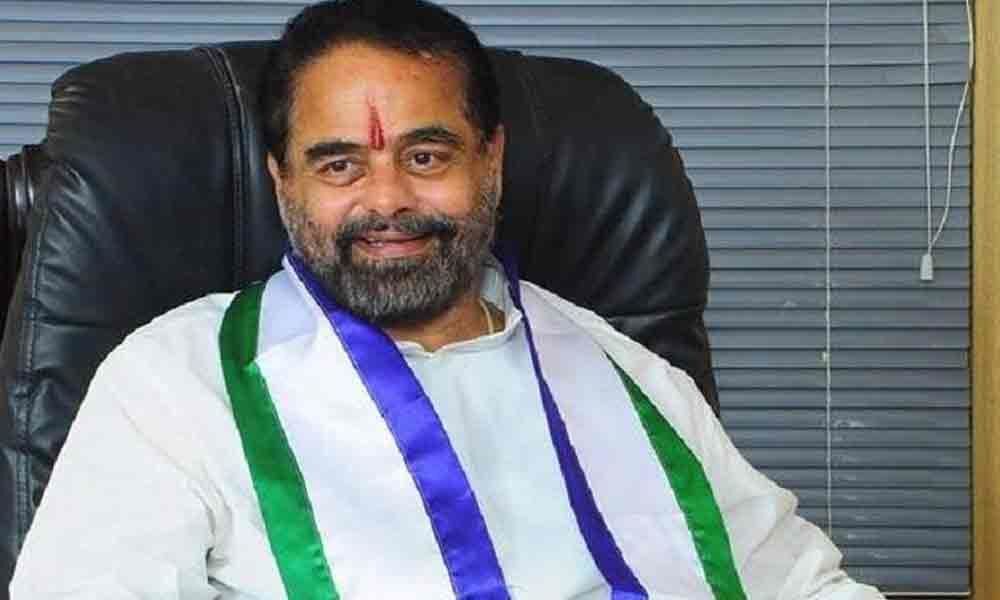 YSRCP MLA from Amudalavalasa Tammineni Sitaram has been appointed as Speaker for AP Legislative Assembly and Narasannapeta MLA D Krishna Das is sworn as Minister for Roads and Buildings.

Srikakulam: YSRCP MLA from Amudalavalasa Tammineni Sitaram has been appointed as Speaker for AP Legislative Assembly and Narasannapeta MLA D Krishna Das is sworn as Minister for Roads and Buildings.

T Sitaram is a graduate in artsand is senior leader. His political entry started with TDP and was elected as MLA for five times from Amudalavalasa and served as minister for three terms, for law and justice, stamps and registrations, excise and municipal administration.

In 2009, Sitaram joined PrajaRajyam Party (PRP) by resigning from TDP in the wake of differences with his close relativeKRavikumar. Again he joined in TDP in 2012, but he was unable to adjust in the TDP after re-entry. He joined in YSRCP in 2013 and contested as MLA from Amudalavalasaconstituency in 2014, but wasdefeated by TDP candidate KRavikumar.

DKrishna Das was elected as MLA from Narasannapetafor the first time in 2004 on Congress ticket and was again elected in 2009. After the formation of YSRCP, he resigned his MLA post and Congress party and joined in YSRCP.