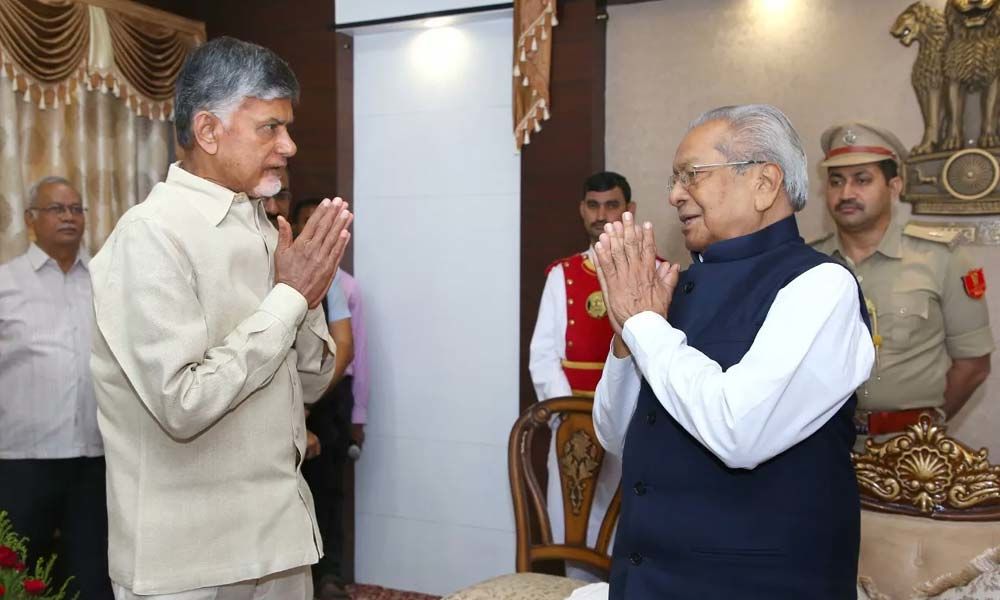 Amaravati: The TDP leaders meet with AP Governor Biswabhushan Harichandan at Raj Bhavan in Vijayawada on Saturday morning. On this occasion, the leaders complained the Governor on the police overaction during N Chandrababu Naidu's Visakhapatnam tour and submitted a representation letter.

The YSRCP activists blocked TDP supremo who landed at Vizag airport for two days tour on Thursday. At that time, the TDP leaders expressed anger on the police as their actions were supportive of the ruling party. The tension situation prevailed for nearly five hours at the airport. Later, the police arrested Chandrababu Naidu and sent him back to Hyderabad.