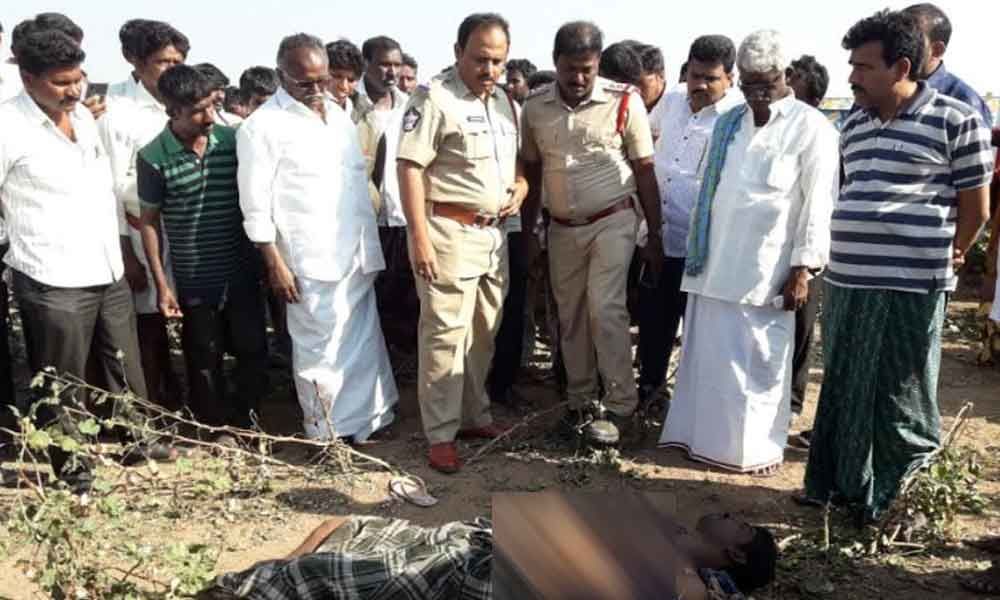 Tension prevailed in Chennamaraju palle village of Pendlimarri mandal in Kadapa district following the murder of a 24 years young man on Monday.

Tension prevailed in Chennamaraju palle village of Pendlimarri mandal in Kadapa district following the murder of a 24 years young man on Monday. The deceased was identified as M. Subba Reddy (24) of the village.

According to the sources the deceased recently joined as volunteer in Village Secretary in Chennamaraju palle. Police said the incident might have occurred late night on Sunday.

The incident came in to the light after some passers by noticed the dead body in the field at outskirts of the village and alerted the police.

Meanwhile police suspecting extramarital affair with a women in the village may be the cause of murder. Pendlimarri police register the case and are investigating.