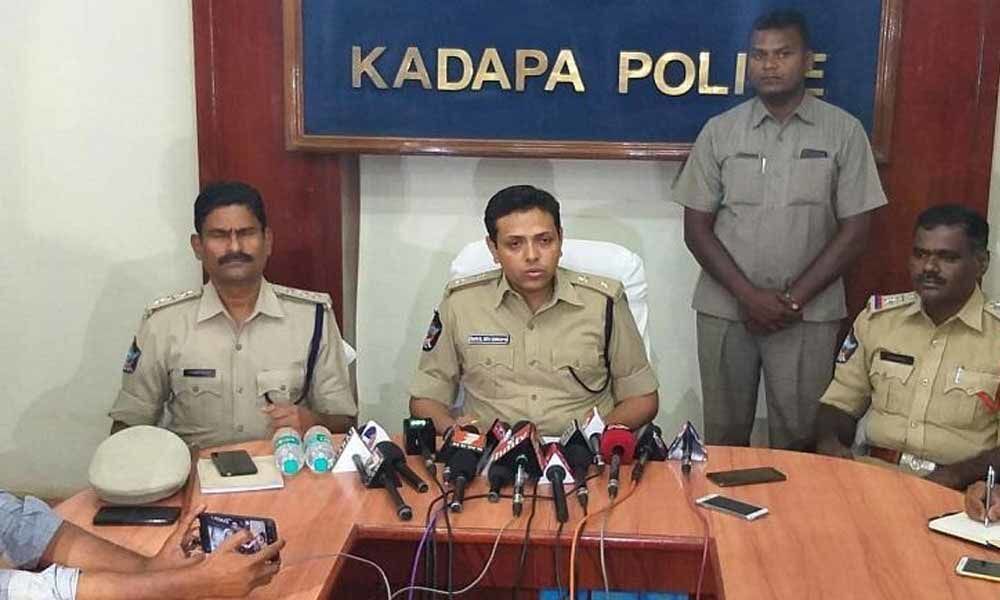 Kadapa: The murder case of former minister YS Vivekananda Reddy an interesting twist with the a 12 member police officials team conspiring with 4 Circle Inspectors, 6 Sub inspectors headed by Penugonda(Ananthapur district) DSP A.Rmakrishna, Pulivendula DSP M.Vasudevan have taken one driver called SK Dastagiri in to their custody and inquired him over the incident for four hours on Wednesday.

It may be recalled that former minister YS Vivekananda Reddy who was in charge for Jammalamadugu assembly segment behalf of YSR Congress for 2019 general elections brutally found murder at his own residence located in Pulivendula town on 15th March. The incident which was spread over as suicide, later police registered the case as murder after deceased personal assistant ML. Krishna Reddy lodged complaint in Pulivendula police station on the same day.

However following allegations and counter allegations by TDP, and YSR Congress the then state government deployed SIT to probe the issue. After inquiring 60 more evidences including family members of deceased SIT has registered the case against 3 persons Yerra Gangi Reddy, ML.krishna Reddy (Vivekananda Reddy PA), K.Prakash (son of maid servant working in deceased house) allegedly of their involvement for tampering the case.

Meanwhile, the trio who were experiencing punishment in Kadapa central prison as under trailers for the last three months recently get unconditional bail from Pulivendula magistrate court. In this connection the newly formed police official team launched fresh investigation over the issue as it is known they are going to taken some persons into their custody very soon.

Meanwhile related to the murder case of YS Vivekananda Reddy, police who have taken watchman Rangaiah in to their custody produced him before the magistrate Pulivendula later shifted him to Hyderabad for tests with the permission of court on Wednesday.