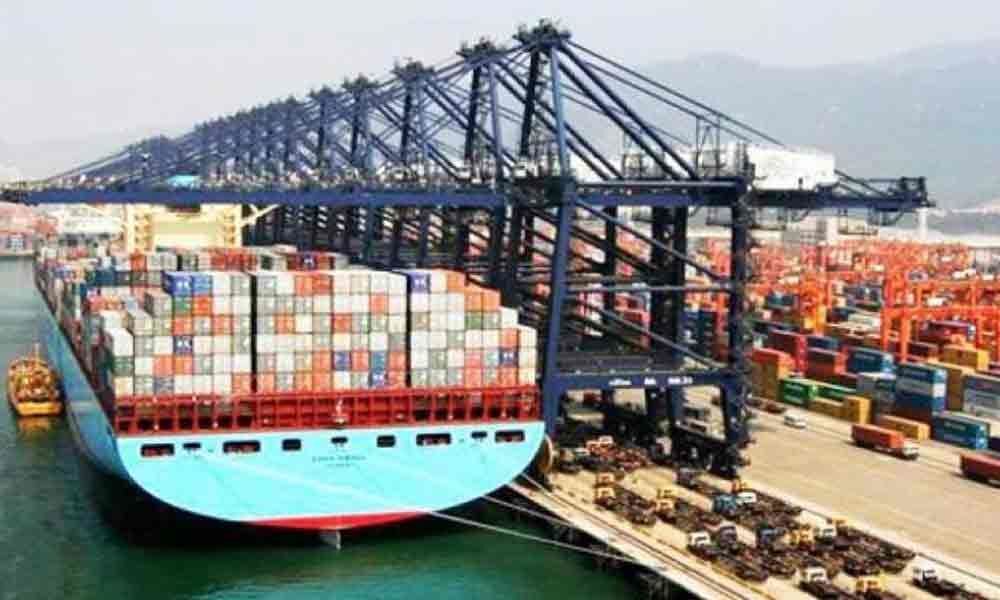 Visakhapatnam Port Trust attained the third position among major ports in cargo traffic during April to July 2019 in the current financial year.

From the fourth position secured last year, VPT achieved a growth of more than 10 per cent which is the highest among major ports. Increase in volumes of iron ore and pellets, coking coal, crude oil and petroleum products and the container cargo have contributed to the growth in traffic at VPT.

Cargo traffic handled at the port is continuing to be on growth trajectory for the fourth consecutive year. Major developmental projects undertaken by the port during the last two years includes commissioning of three berths in the inner harbour with panamax capability, work on development of additional oil handling facility OR-3 along with OR-1 and OR-2 are progressing.

One harbour mobile crane of 100 tonnes capacity is being installed on licence basis. RFID Gate management system is implemented. This apart, regular liaison with railways for allotment of adequate rakes for faster clearance Port of Visakhapatnam has constituted a business development team to adopt innovative marketing strategies. MoU is signed on Saturday with TANGEDCO for undertaking end-to-end service of transportation of coal from mines to the power plant in Tamil Nadu.