Weavers asked to vote for JSP 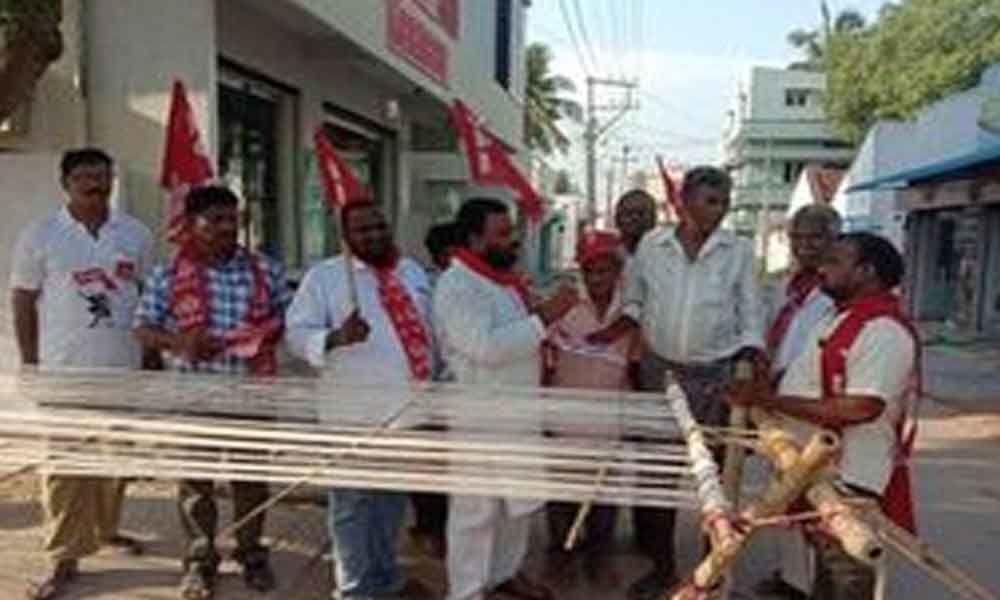 Participating in the poll campaign in the mandal under Pithapuram assembly constituency on Tuesday on the last day of campaign, the CPI leader asked the weavers community to vote for JSP candidate Makimneedi Seshu kumari.

The CPI leader appealed to voters to ignore both TDP and YSRCP as they have not shown any interest to solve the long pending problems of weavers. Party leads and activist participated in large numbers.