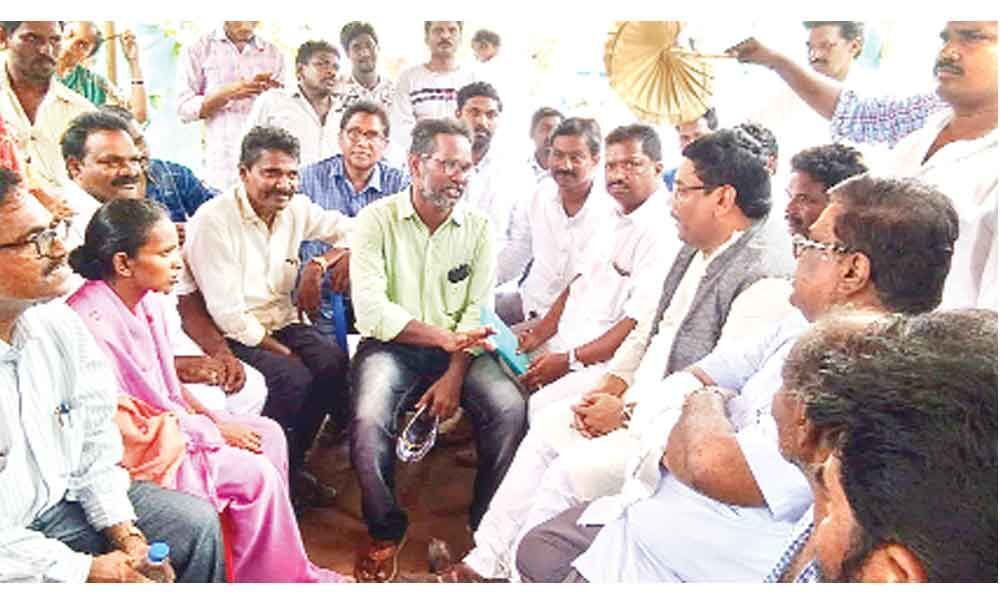 Andhra Pradesh SC/ST Commission chairman Karem Sivaji assured to extend all necessary help to the family members of Bikki Srinivas, a Dalit who was...

Rajamahendravaram: Andhra Pradesh SC/ST Commission chairman Karem Sivaji assured to extend all necessary help to the family members of Bikki Srinivas, a Dalit who was luynched in Singampalli village of Rangampeta mandal recently.

After inspecting panchayat office where Srinivas' body was found hanging on May 30, Sivaji spoke with the officials and locals about the incident.

The commission will recommend provision of government job to Srinu's wife Kumari, five acre dry land or two-and-a-half acre wet land, pension under Antyodaya scheme, a house or a house site to her.

The government has so far extended a financial assistance of Rs 4.15 lakh out of the primised Rs 8.25 lakh to the family of the victim.

The police plunged into action immediately and arrested 10 members who were involved in the murder, he said.

Rangampeta tashildar Indira Gandhi and others were present. It may be recalled that Srinivas, 30, was allegedly beaten to death for stealing mangoes from an orchard belonging to an upper caste person and his body was hanged from ceiling in the panchayat office on May 29.