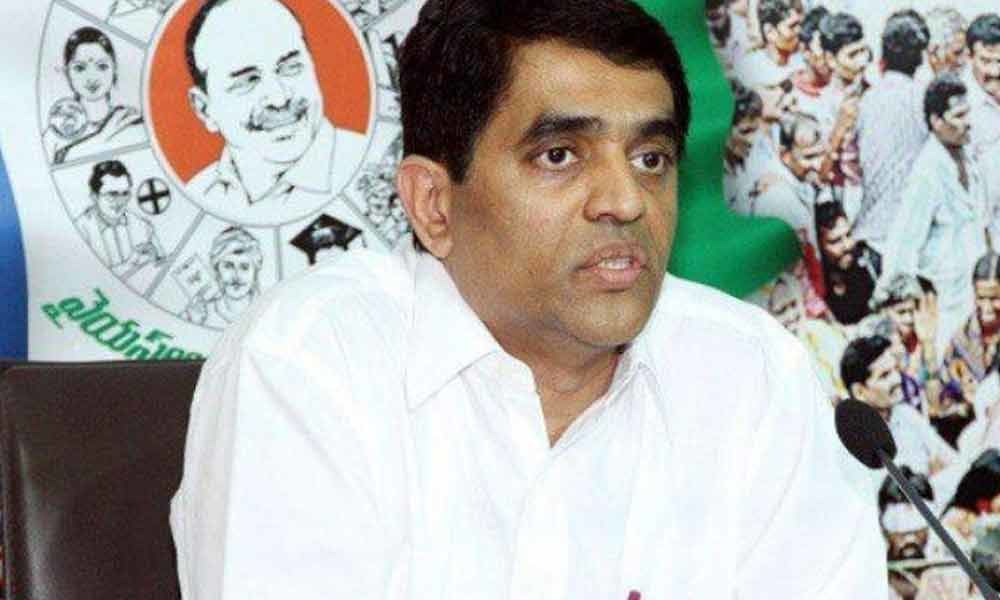 New Delhi: The first Budget of the YSRCP government to be presented in two weeks will be, approximately, of around Rs 2 lakh crore.

It would be a responsible, honest and as far as possible, frugal too while incorporating the promises of the YSRCP manifesto.

Disclosing this to the media here on Friday, Finance Minister Buggana Rajendranath Reddy asserted that there need be no apprehensions in any quarter regarding the implementation of the promises made during election campaign by the party chief Y S Jagan Mohan Reddy, including the one regarding prohibition.

The Minister said none of these promises had been made or incorporated in the manifesto without a careful study of the financial implications.

"They are not impossible to implement for us. Some of the promises of the previous government would pave way to the new ones. If there is a deficit in the excise revenue due to prohibition, it also means that households are saving money to that extent and hence, their spending capacity goes up, which further boosts the revenue," he added.

He also dismissed the previous government's claim that the residual State of AP started off with Rs 16,000 crore revenue deficit terming it a myth "for reasons best known to them."

The Minister who attended the pre-Budget meet called for by the Union Finance Minister Nirmala Seetharaman here on Friday said he urged the Centre to release the revenue deficit at the earliest as promised. The TDP government could manage only Rs 4,000 crore out of the deficit during its regime.

He said he also sought higher allocation for pensions and all other pending funds. He said the Centre also should bear the amounts of calamity relief, farmers' insurance amount and interest subvention amount fully without burdening the State.

Likewise, the PM Kisan Samman Nidhi Yojana should give a higher amount to the farmers, he said while seeking removal of cap of one MSEME only per district.

The Minister also attended the GST meet on Friday.