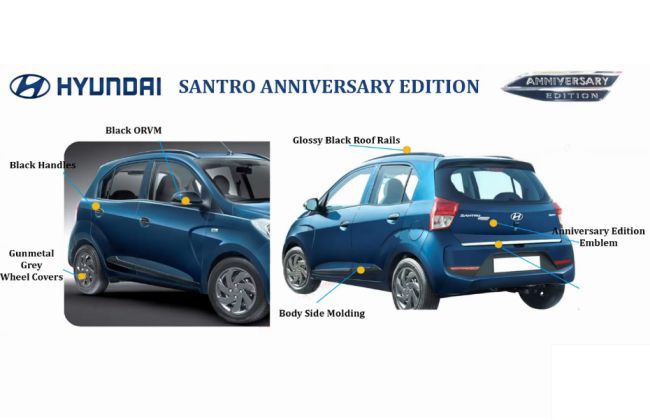 New cosmetic package to celebrate one year since the Santro launch The Santro is still a popular offering in its segment despite the recent...

New cosmetic package to celebrate one year since the Santro launch 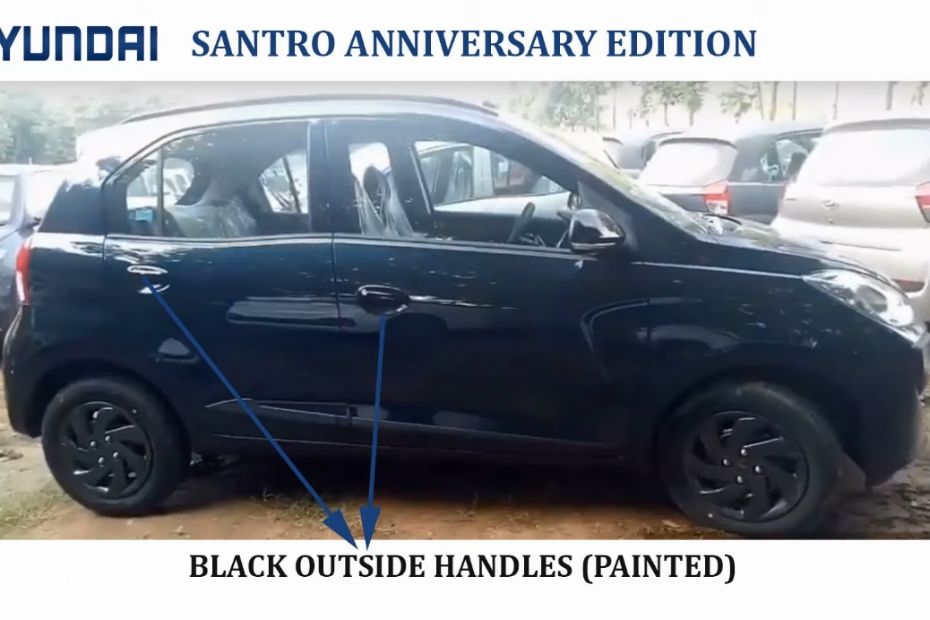 It’s already been a year since Hyundai reintroduced the Santro badge into the Indian automotive market. The carmaker has decided to celebrate this occasion with an anniversary edition for its popular compact hatchback. While not officially launched, we have the prices from the manufacturer and the details have been leaked. 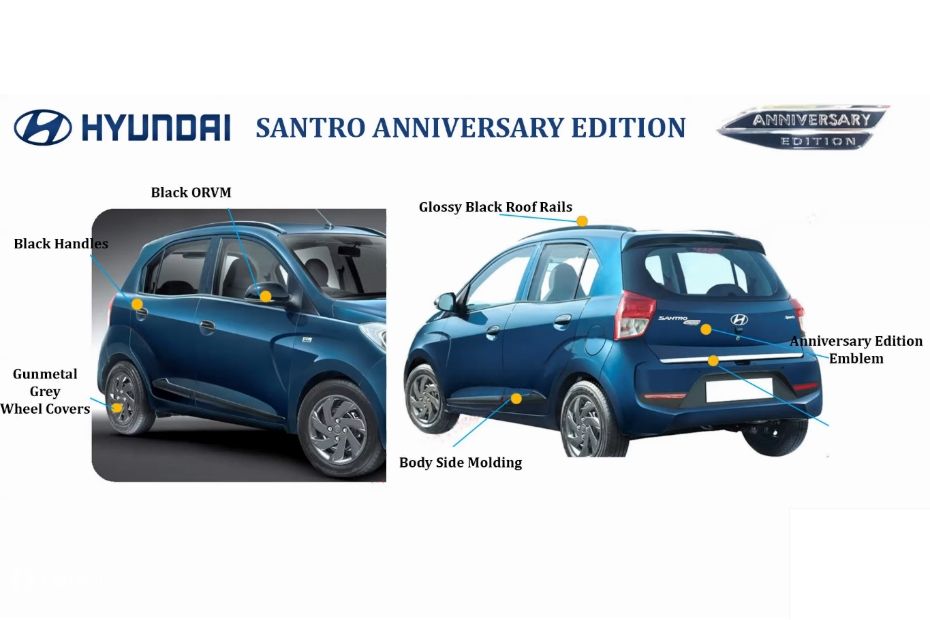 The Anniversary Edition is based on the Sportz variant of the Santro, just one trim below the top-spec Asta variant. The differences are cosmetic only - gloss black roof rails, ORVMs, door handles and dark grey wheel covers. It also gets door cladding, a chrome strip and an ‘Anniversary Edition’ badge as well. The special edition is available in two exterior colours only - Polar White and Aqua Teal, the latter is otherwise only available on the Grand i10 Nios. As the Sportz variant, it gets a 7-inch touchscreen infotainment system, rear AC vents, dual-front airbags and steering mounted audio controls. The interior changes are blue accents around the vents and an all-black interior.

It is powered by a 1.1-litre petrol engine that produces 69PS of power and 99Nm of torque, mated to a 5-speed manual with the option of a 5-speed AMT as well. Hyundai has priced the Santro Anniversary Edition at Rs 5.17 lakh and Rs 5.75 lakh (ex-showroom, Delhi). That is a premium of Rs 10,000 over the regular Sportz variants.