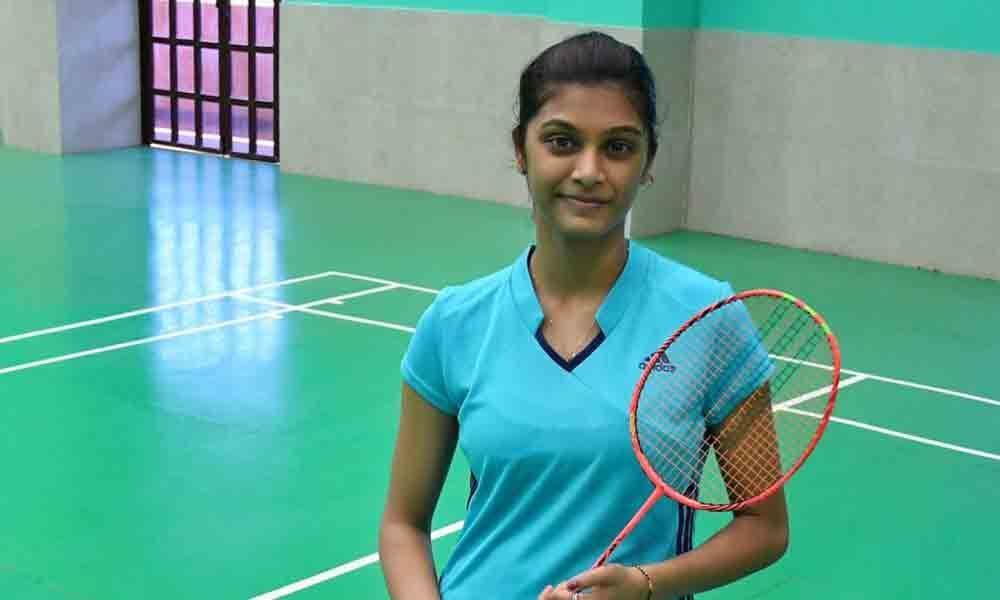 Tanisha Crasto continued her dominant run, notching up a second successive double crown in as many weeks at the Yonex-Sunrise All India Junior Ranking Badminton Tournament here.

Bangalore (PTI): Tanisha Crasto continued her dominant run, notching up a second successive double crown in as many weeks at the Yonex-Sunrise All India Junior Ranking Badminton Tournament here.

The top seeds mounted a comeback in the second game but Tanisha and Aditi exhibited great skill and patience to wrap up the third game and win the girls' doubles title. They had won the title in Junior ranking tournament in Panchkula last week.

Goa's Tanisha made it a double delight when she teamed up with Ishaan Bhatnagar to win the mixed doubles title as well. They comfortably won 21-14, 21-15 against Navaneeth Bokka and Sahithi Bandi in just 28 minutes.

Pranav had earlier caused a big upset as he defeated the top seed Maisnam Meiraba in the Quarter-finals but fell short of going all the way. In girls' singles final, Karnataka's Trisha Hegde showed great character against Gujarat's Tasnim Mir in a thrilling three-game match that went on for 54 minutes.