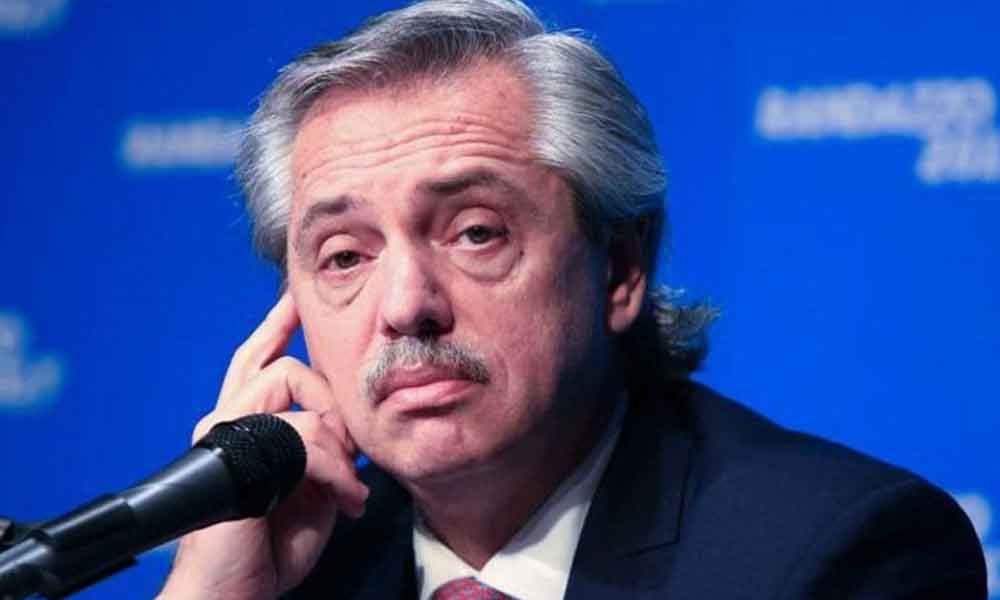 Calls citizens to end practice of saving in dollars; Economy likely to shrink 3.1% this year

Buenos Aires: Argentina's President Alberto Fernandez has agreed on the worse financial situation of the South American nation saying that his country is in virtual default, when compared to the situation with the 2001 crisis.

The country is in recession and has suffered 18 months of economic crisis sparked by a currency crash. Its economy is expected to shrink by 3.1 per cent in 2019.

Argentina has an annual inflation of 55 per cent, and a debt of almost 90 per cent of its GDP.

Then we had a debt default, today we are in virtual default," Fernandez said in an interview with TV program La Cornice.

The center-left president came to power on December 10 after defeating liberal Mauricio Macri in the presidential election and has previously expressed his willingness to pay creditors.

But, on Friday the government unilaterally postponed until August paying some $9 billion in maturities, which resulted in the country's debt being downgraded by rating agencies Fitch and S&P, who consider it in selective default.

"This is what we inherited. We cannot face this by paying the obligations that are falling. We used to have high unemployment, and today we have the same," Fernandez said, drawing a comparison with the 2001 crisis when Argentina defaulted on $100 billion.

"What we did not have is the inflationary process that we have now." The president obtained political support from Congress on Saturday with the approval of an economic emergency law that will take effect on Monday.

It includes increasing taxes on the upper and middle classes, improving benefits for the most deprived sectors, and imposing a 30 per cent tax on buying and selling currencies.

"We have to end this practice of saving in dollars," he said, referring to the historical habit of Argentines, who buy the dollar as a refuge currency against the country's inflation.