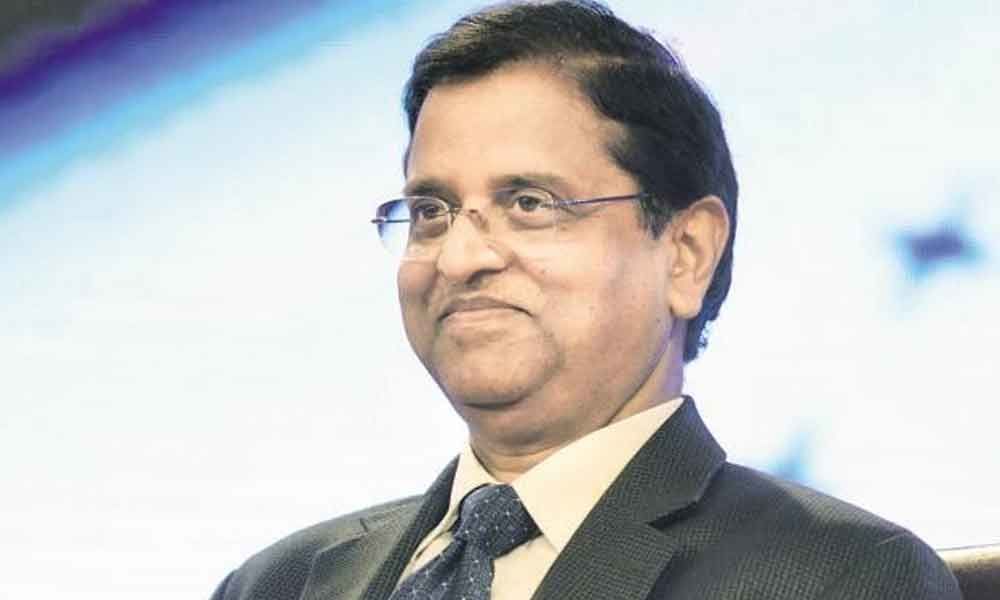 New Delhi: Newly-appointed Power Secretary Subhash Chandra Garg on Friday asserted there is no connection between his transfer from the high profile Finance Ministry and decision to take voluntary retirement, saying he had already discussed the retirement matter with the PM Office on July 18.

Garg, who was the senior-most officer in the Finance Ministry, was shifted to the Power Ministry on July 24 as part of a major bureaucratic reshuffle by the government.

On July 25, Garg announced that he has applied for voluntary retirement from service, leading to speculation that he was miffed over his transfer from the Finance Ministry. "I joined today from the Ministry of Finance to Power.

The proposal that I would take VRS, was discussed with the Prime Minister's Office (PMO) on July 18. Much before the transfer order. There is no connection with that (VRS)," Garg told reporters after taking the charge of the Power Ministry.

Asked about the reasons for putting in his papers ahead of his superannuation, he said, "I don't think we should discuss those reasons.

Let's rest that matter as that was discussed and I conveyed my decision much before. So, this move has nothing to do with it." About reconsidering his early quitting the job, he said, "I don't think that question is again relevant."

When asked about lowering his stature by transferring to the Power Ministry, he said, "We should not discuss these issues. It is the government's prerogative to decide all positions of secretary are equal.

If seen from the challenges (point of view), the Power Ministry has a very big challenge. So I don't think there is any meaning to it."

Garg also told media that he formally put in his papers on July 24 (Wednesday).

He said, "I formally put up my application for VRS (voluntary retirement scheme) on July 24." On transfer to the Power Ministry, Garg said, "I am quite grateful to the system, to post me here. It is extremely important infrastructure ministry."

Elaborating further, he said, "The dream of $5 trillion would not be achieved without power sector. The growth is dependent power sector.

In that respect, we have challenges in power sector like financial health (of firms, utilities)." On revival of debt-laden discoms, he said, "We have made several attempts for public sector solutions in power sector.

When asked whether his early departure from the Finance Ministry would affect sovereign bonds issue, he said, "This issue will now be dealt by the Department of Economic Affairs and I cannot speak for that."

He said that the sovereign bond issue is to ease pressure on domestic availability of resources, especially the private sector has enormous benefits, and risks are lower.

About any opposition to sovereign bonds, he said, "During the time until I was there, I hadn't heard anyone in the government questioning the government."

About not signing the Bimal Jalan Committee report, he said, "I have been saying this that the committee is still deliberating. The deliberations in the committee are not over.

Now those deliberations will be carried on by the new representatives. The committee has not reached the conclusion."

As the DEA Secretary, Garg was in charge of fiscal policy, RBI-related matters, and was closely involved in the preparation of the Union Budget.

The development took place just a day after Parliamentary procedure for approval of Modi 2.0 government's maiden union budget for 2019-20 was completed.