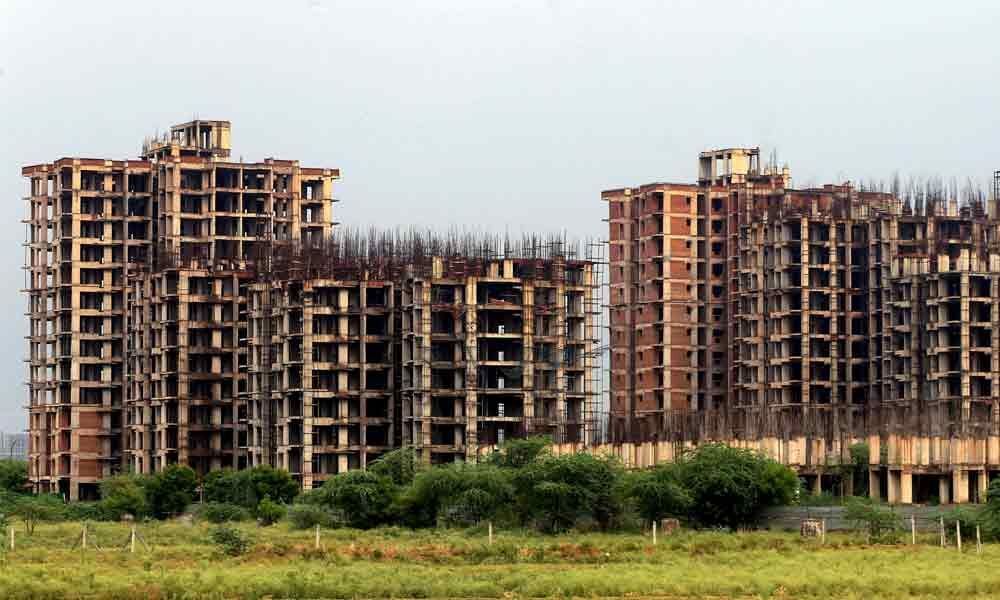 Steel, cement, labour costs skyrocketing, but developers can’t hike prices of properties after they sign an agreement with the buyer

Real estate and construction together are the second largest employment provider in the country, next only to agriculture and it is expected to reach $1 trillion by 2030.

Construction is also the third-largest sector in terms of FDI inflow. Indian real estate is expected to attract a substantial amount of FDI in the next two years with $8 billion capital infusion by FY22.

Hyderabad is doing the best in real estate sales and next comes Bengaluru, Mumbai, Delhi, Chennai, Ahmedabad and Pune which also saw a substantial increase in recent times.

Delhi-NCR and Hyderabad is witnessing better demand during the ongoing festive season compared to last year. The strong demand is likely to continue in the next few months as well. Initiatives undertaken by the governments for infrastructure building / people moving to their hometowns during the pandemic have been instrumental in boosting the realty sales.

The real estate and construction sector will create more jobs despite signs of stress in the segment in the last few quarters. The sector employed over 52 million workforces in 2021 and it is slated to generate over 15 million jobs over the next five years.

Necessity of owning a house

Pandemic has created a situation wherein everyone wants to own a house. Also, existing ones are looking for bigger, better homes because of the work from home culture. It has now become a compulsion to own a house and also people feel real estate is the safest investment as there is limited land and the population is bound to increase.

The real estate sector has gone through many difficult phases like demonetization, GST, RERA and the latest one to hit the sector is the Covid-19 pandemic. When the real estate sector had barely started coming out of the challenging times of last year and just started to breathe a sigh of relief, the prices of many raw materials skyrocketed steeply. This sudden rise in raw material cost will obviously limit the capacity of a developer to give discounts and offers to home buyers, something that the current market scenario warrants.

In the last one year, the construction cost has gone up by about 35 per cent and the labour cost has increased by almost 25 per cent.

All put together, construction cost has almost increased by Rs 500 per sq ft. If the project is taken on a joint development basis, the cost to the builder goes up by 800 to 1,000 per sq ft.

Further, fuel prices have gone up which also has a considerable effect on the real estate industry. Shortage of coal could also be one of the reasons.

Ever since RERA has been enforced in the country, developers can't increase the prices of properties after they sign an agreement with the buyer. Hence, this hike in raw material cost will severely dent the viability of the sector which has already been reeling under the tremendous onslaught of the pandemic.

What should be done to tide over the crisis?

Also, escalation clause needs to be added in the property sale agreement so that developers can avoid major losses when prices of construction materials go up abnormally. The government should also re-introduce the input tax credit (ITC) which has been removed, as rise in prices of construction materials and consequent rise in GST is putting enormous financial burden on developers.

Also, government should intervene and check if the increase in prices of steel and cement are proportionate to the cost increase of their inputs. As businessmen, we don't want anybody to lose their money but at the same time they can't exploit others. As for the real estate sector is concern, this is the best time to invest in the sector as the pandemic is gone and everything is back to normalcy now.