IIP may contract in Feb, rebound in March 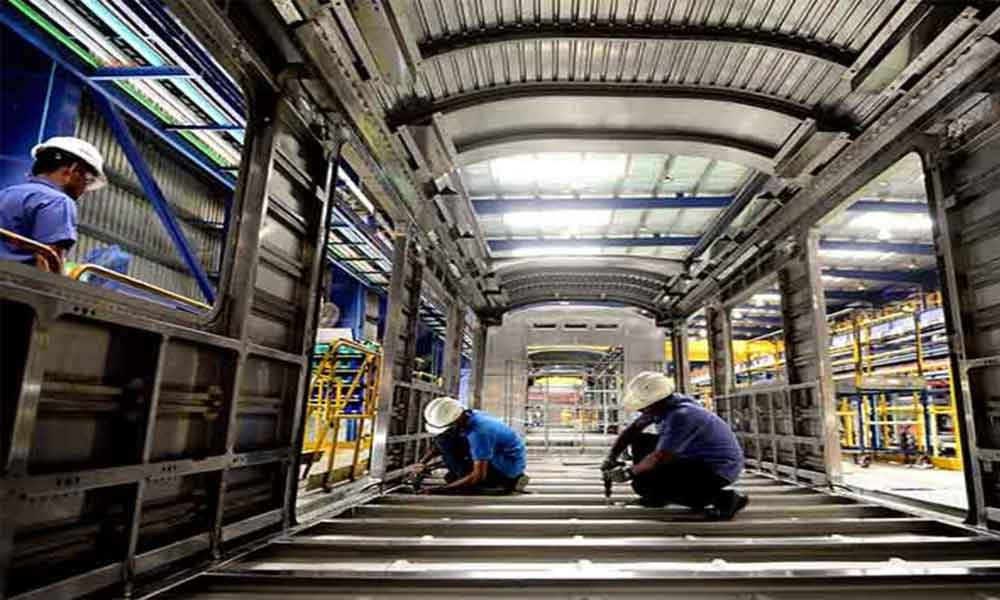 IIP may contract in Feb, rebound in March

The 8 core sector industries fall at the fastest pace in 6 mths, contracting 4.6% in Feb: Ecowrap

Mumbai : IIP manufacturing may contract in February, but may see a huge spike in growth in the range of 6-8 per cent in March, says Ecowrap, the research wing of SBI.

The eight core sector industries fell at the fastest pace in six months, contracting 4.6 per cent in February, as all sectors reported decline in output during the month.

"Based on the SBI index, we believe IIP & IIP manufacturing may contract in February, but may see a huge spike in growth in the range of 6-8 per cent in March, mainly due to base effects," says Soumya Kanti Ghosh, SBI group chief economic advisor.

Due to the initial restrictions on movement, the credit growth of the Indian banking industry had declined to 5.1 per cent by September from 6.1 per cent in March 2020, on the other hand, deposit growth has remained robust in the double digits, reflecting precautionary saving in the face of high uncertainty.

However, credit offtake has picked up the pace thereafter and touched 6.6 per cent in February (vis-à-vis 6.1 per cent in the corresponding period of the previous year), he added.

The sectoral data for February, which accounts for about 90 per cent of the total bank credit deployed by 30 SCBs, indicates that the credit has jumped in both YTD and YoY basis in Agri & services, while there is a deceleration in industry and personal loans.

Meanwhile, RBI has recently released BSR1 of the SCBs for December, which indicate that personal loans, accounted for one fourth of total bank credit, continued to record double-digit growth.