India does have huge potential, the real question is a speed of growth: Indra Nooyi 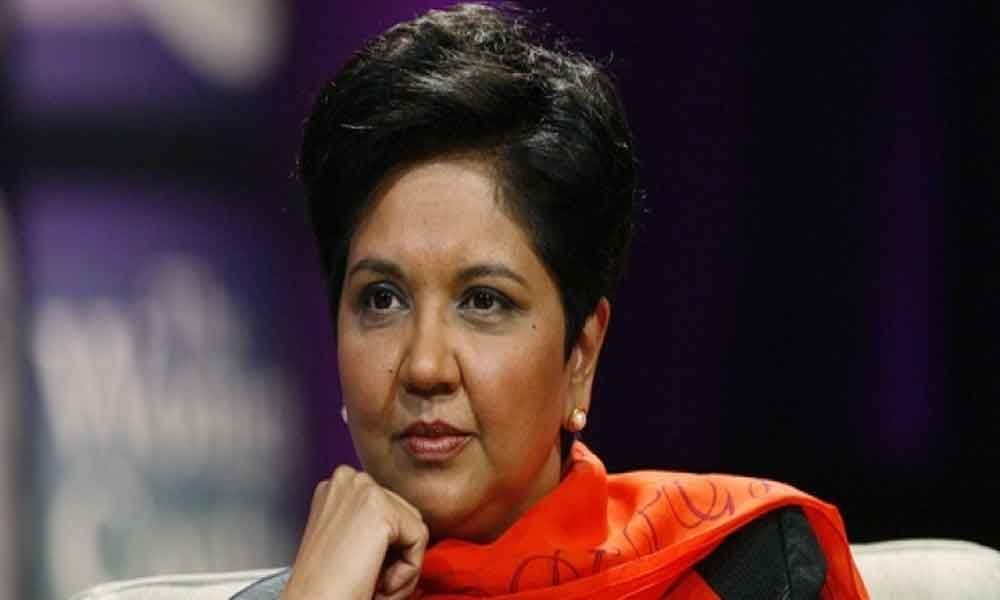 Nooyi, in October last year, stepped down as the CEO of the global beverage giant, after 24 years with the company.

India ,Indra Nooyi,Growth,Roadblocks India has a huge potential and the real question is the speed of growth and how many roadblocks it is willing to remove, former PepsiCo chairperson Indra Nooyi has said.

Nooyi, in October last year, stepped down as the CEO of the global beverage giant, after 24 years with the company, the last 12 as its CEO.

"The country does have huge potential, talent wise, population, everything, the country has huge potential. The real question is the speed of growth and how many roadblocks are we willing to remove," Nooyi said responding to a question on India and its growth potential during an interaction hosted by the Consulate General of India in the city on Thursday.

Nooyi was the guest speaker at the 'New India Lecture' series, organised by the Consulate under the aegis of Consul General Sandeep Chakravorty and in partnership with the US-India Strategic Partnership Forum (USISPF).

"It's been in different forms but it's always been there. Big companies just learn to power through."

Nooyi said she has always said that "when you go into any country, you have got to act as though you are the citizen of that country. You can't go in there and say everything is going to be done my way. Except the ethics and governance aspect, everything else is local.

"As long as you go into a country and develop a local model and execute it locally, you live within the rules of that country. Don't compromise your corporate governance principles.

"You have got to be aware of politics, be sensitive to all the minefields, but don't play in them, don't take a voice in them because that is a losing proposition," she said, adding that if companies have knowledge of what's going on but they just focus on doing their business, they will be successful.

Nooyi, answering a question on where does she see a balance between online retail and brick and mortar, said "if there is a shake out in retail, I won't blame it on Amazon. That's just retail getting efficient. Amazon is just improving the customer experience. Traditional retailer created a lot of friction in the system, and where there is friction, there is Amazon to take out the friction."

During the fireside interaction, Nooyi said growing up in India, she was surrounded by a tight-knit and multi-generational family and every member of the family stepped into parenting and disciplining the young children.

"That confidence that we all got, growing up, and that incredible sense of responsibility that education was important, listening to the elders was very important and striving to do better and better all the time and being held accountable for that made a profound diffe ..

She added that in many ways "I would say that my success today is the result of my childhood, my upbringing and India. All of that has had a profound impact on me."