Rupee sinks to lifetime low of 76.20 vs Dollar 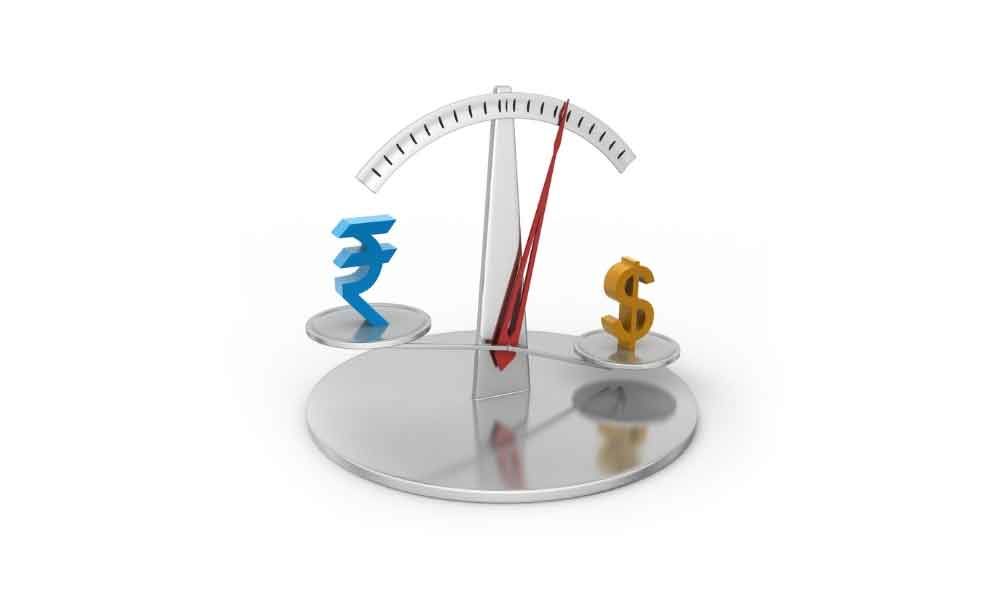 The rupee on Monday crashed by 100 paise to settle at its lifetime low of 76.20 against the US currency due to heavy dollar demand and meltdown in...

Mumbai: The rupee on Monday crashed by 100 paise to settle at its lifetime low of 76.20 against the US currency due to heavy dollar demand and meltdown in equities as lockdowns to contain coronavirus spread fanned recession fears.

The rupee which opened on a weak note at 75.90 at the interbank forex market, sank to an all-time trading low of 76.30 mirroring deep losses in stock markets. The unit finally settled at 76.20 against the US dollar, registering a decline of 100 paise over its last close.

"The currency has been weighed down in the last few sessions also due to broad strength in the dollar against its major crosses.

On the domestic front, FIIs continued to remain net sellers in the equity and debt segment and selling has been to the tune of over $11 billion," said Gaurang Somaiyaa, Forex & Bullion Analyst, Motilal Oswal Financial Services.

The dollar index, which gauges the greenback's strength against a basket of six currencies, fell by 0.06 per cent to 102.75. The 10-year government bond yield was at 6.38 per cent.

Global crude oil benchmark Brent fell 4.45 per cent to $25.78 per barrel amid concerns over global growth. "Reserve Bank of India supplied $2 billion via a forex swap today to provide liquidity to the foreign exchange market.

The Financial Benchmark India Private Ltd (FBIL) set the reference rate for the rupee/dollar at 75.0063 and for rupee/euro at 80.6458.