The economics in elections 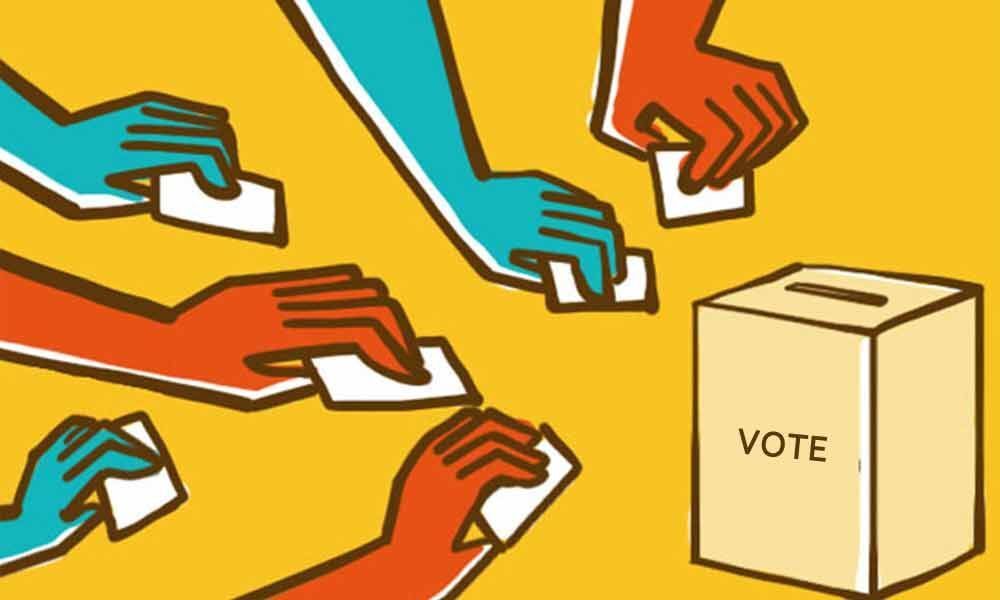 In Indian elections, welfare schemes, freebies and free doles always dominate political discourse. This has been the case since 1947 when we got our...

In Indian elections, welfare schemes, freebies and free doles always dominate political discourse. This has been the case since 1947 when we got our Independence.

Their importance gained prominence during the times of Indira Gandhi who ruled the country as Prime Minister from 1966 to 1977 and again in 1984. Her welfare schemes like free housing and garibi hatao slogan turned her into a 'goddess' for dalits and other downtrodden sections of society.

These sections are still loyal to Congress wherever there is no strong alternative - national or local. The socialist orientation started by her father and first Prime Minister of India Jawaharlal Nehru reached zenith during her period, taking a toll on economy.

No wonder India went through low economic growth dubbed by many as the Hindu rate of growth between 1950s to 1980s. During this period, GDP (gross domestic product) clocked average annual growth of 3.5 per cent. The per capita income growth was much lower, averaging 1.3 per cent annually.

But economic liberalisation and reforms brought in by son of Telugu soil P V Narasimha Rao as Prime Minister in 1991 changed the political and economic landscape of the country forever and economy, economics, GDP and growth began occupying centre stage in political discourse.

This phenomenon has reached such a stage now that opposition parties lash out at the government even when inflation goes up, rupee depreciates, or fiscal deficit widens.

That was not the case in pre-1991 days. But it's good that we now have more politicians who understand the numbers - GDP numbers, inflation numbers and fiscal deficit numbers. And they react whenever there is a change in status quo.

On the other hand, we also have economists who understand politics. Recently, 108 economists ranging from those associated with IIMs in India to those who work in the University of Harvard in the US, issued a joint statement, expressing concerns over GDP numbers from 2014 till date, which they feel don't reflect the reality on the ground.

Former RBI governor and noted economist Raghuram Rajan also expressed his doubts on the economic data. Of course, it's true that the Narendra Modi government changed base year for GDP calculation from 2004-05 to 2011-12 and tweaked the methodology.

As consequence, GDP growth numbers paint a rosy picture about the Indian economy.

Further, India could bag world's fastest growing major economy tag. But the joint statement by economists came just before elections. Naturally, it attracted criticism from the government officials and Finance Minister Arun Jaitley. Furthermore, 131 chartered accountants countered the argument of the economists, saying there was nothing wrong with the GDP data.

Even as debate over GDP data is raging, Rahul Gandhi, Congress president and scion of Nehru-Gandhi family, announced Nyuntam Aay Yojana (Nyay) under which the country's poorest of the poor will get Rs 6,000 a month or Rs 72,000 a year.

Dubbed as minimum income guarantee (MIG) scheme, it is expected to benefit 5 crore families. But it comes with a staggering bill of Rs 3.6 lakh crore a year. This scheme will obviously take a toll on the country's finances, but Rahul Gandhi claims his naya scheme is a 'surgical strike' on poverty.

There should not be any objection if it eliminates poverty forever. But economists are divided over whether the scheme is feasible as it gobbles up 15 per cent of what the central government spends annually. Naturally, tax payers have a reason to be worried about such schemes which impose heavy financial burden on the exchequer.

India lacks proper infrastructure even after of 70 years of Independence. There are no proper roads, water supply, drainage system, power supply and what not. Such large-scale subsidies mean there will be no funds for development and India will continue to remain a poor country.

That apart, the problem with government schemes and populist measures is that once implemented, they can't be stopped. Take the case of reservations in government jobs and educational institutions, Indian Constitution, which came into existence in 1950, provided them for 10 years.

With eye on vote banks, no politician or government worth the salt will touch them. Same is the case with Rs 2-a-kg rice scheme. It was introduced by TDP founder NT Rama Rao when people could not afford rice in 1980s.

The scheme continues in one avatar or the other though majority of beneficiaries are not keen on eating rice supplied through it. Instead, they sell the rice in black market

The list of such schemes goes on and includes Anganwadi scheme for child care in rural areas. Government schools too fall into this category as even labourers are not ready to send their kids there and instead prefer private schools.

The government still spends crores of rupees on teachers' salaries and the expenditure associated with school maintenance. Telangana government's Rythu Bandhu, similar schemes by the central government and other schemes will also join this category sooner than later.

In this context, Nyay scheme announced by the Congress will also become a permanent fixture in Union Budget if Congress comes to power and implements it. However, going by the signals from the election battleground, it is very unlikely that Congress will form the next government at the Centre this time.

If that happens, it will be nothing short of a miracle. So, the chances of this scheme becoming a reality are remote at this point of time. But economics and adverse impacts of financial doles are being discussed threadbare during elections.

That's good sign indeed. For, it's economy and economic growth that decides fate of every country.