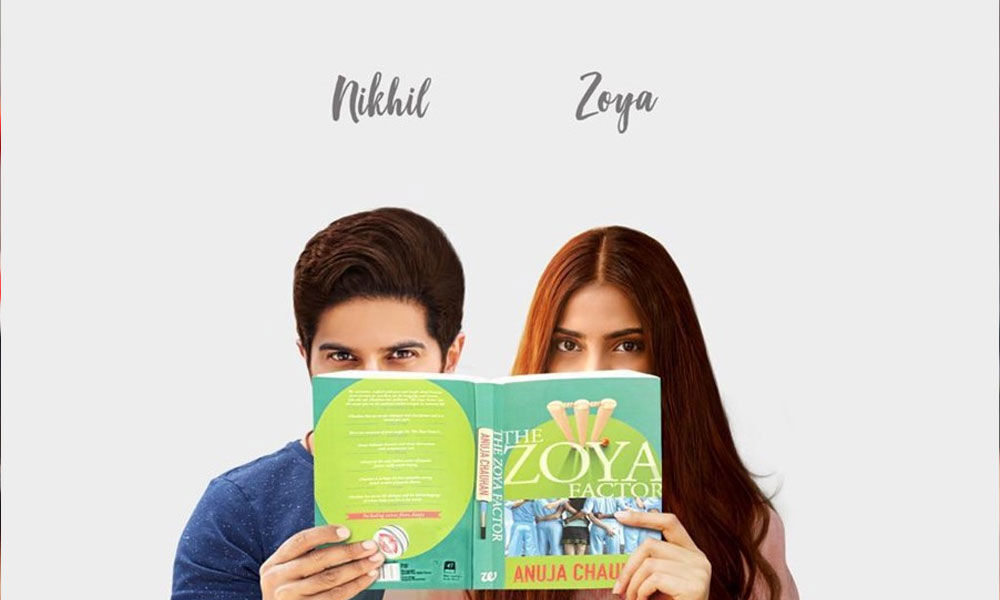 Sonam Kapoor and Dulquer Salmaan starring "The Zoya Factor" gets a first look and release date. The maker of the film confirmed the release date of the film on social media.

Sonam Kapoor and Dulquer Salmaan starring "The Zoya Factor" gets a first look and release date. The maker of the film confirmed the release date of the film on social media.

The official handle of Fox Star Hindi dropped the first look poster along with release date on their social media handle. They captioned it, "She'll make you go What The Luck ;) Get ready for a zany ride with #TheZoyaFactor on 14th June, 2019! Directed by #AbhishekSharma and starring @sonamakapoor & @dulQuer!"

The film is based on a novel by writer Anuja Chauhan, stars Malayalam sensation Dulquer Salmaan and Sonam in the lead roles. It also features Sonam's uncle, Sanjay Kapoor, who plays her father in it.

Actor Sonam Kapoor plays an advertising executive who goes on to become the lucky mascot of the Indian cricket team. The film will also see Angad Bedi in a pivotal role.

To promote the film Sonam Kapoor has changed her social media handle name to Zoya Solanki, which is her character's name in the film.

The film marks the second outing for Dulquer Salmaan, who received raving reviews on his debut Bollywood film Karwaan in 2018, which also starred Irrfan Khan.

The film shares the title of the novel written by Anuja Chauhan of the same name. In the book, an advertising professional – Zoya Singh Solanki, meets the Indian Cricket Team and ends up becoming a lucky charm for the team during their campaign for the 2011 Cricket World Cup victory.