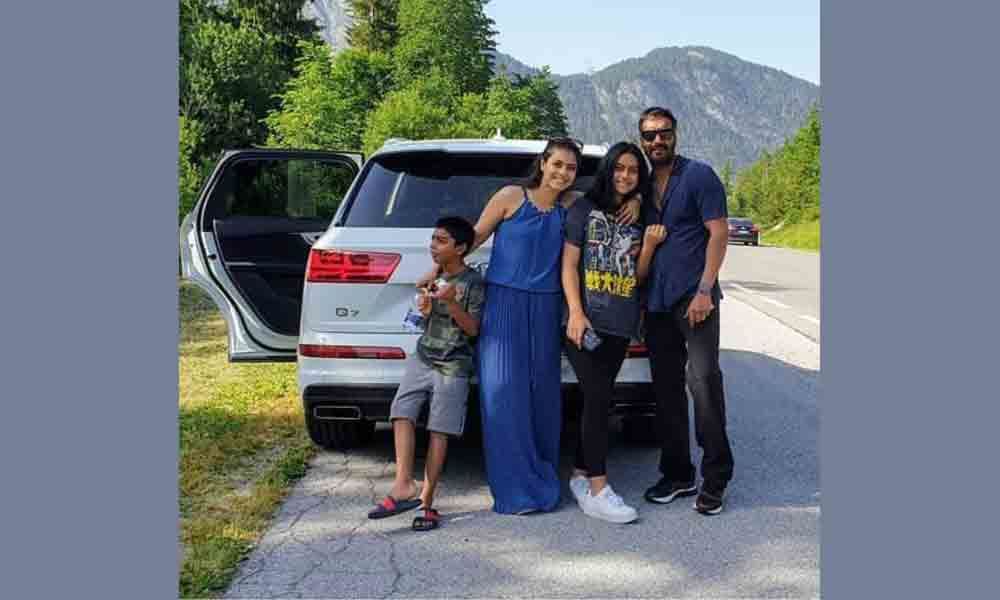 Actors Ajay Devgn and Kajol are on a road trip along with their children Nysa and Yug. Kajol on Wednesday shared a family photograph in which the two actors along with their children are seen posing in front of their car with snow-capped mountains in the backdrop. "Grumbles, rumbles and potato chips... Road trip. Finally," Kajol captioned the image. The photograph has over three lakh likes already. Ajay married Kajol in 1999. The two welcomed their daughter Nysa in 2003 and son Yug in 2010.

On the acting front, Ajay will next be seen in 'Taanaji - The Unsung Warrior.'