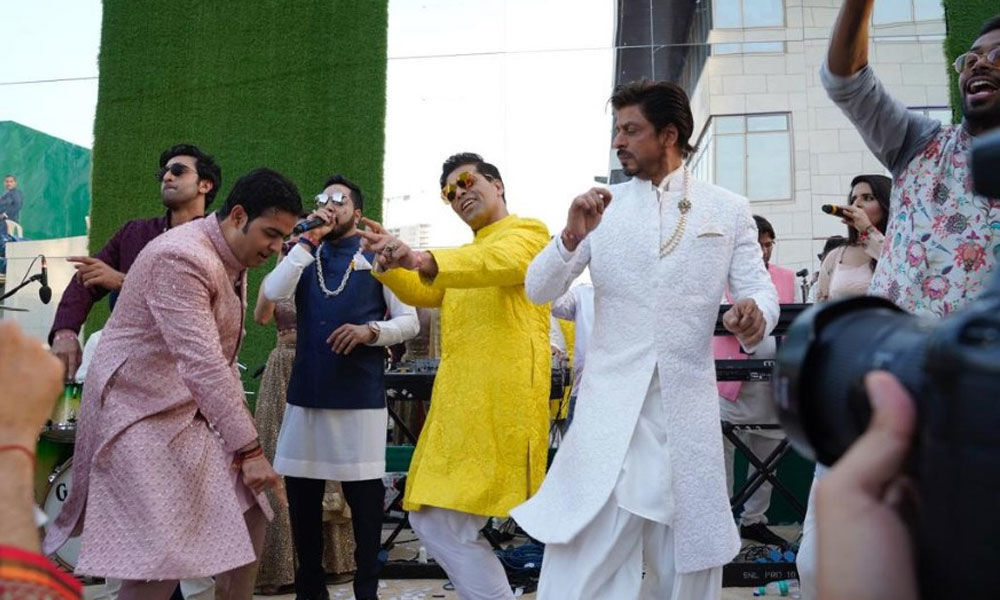 After a star-studded pre-wedding bash, Akash Ambani and Shloka Mehta got married amidst the entire B-Town, business, and sports celebrities.

After a star-studded pre-wedding bash, Akash Ambani and Shloka Mehta got married amidst the entire B-Town, business, and sports celebrities. During the wedding celebrations, actors like Shah Rukh Khan, Ranbir Kapoor and filmmaker Karan Johar were seen grooving to singer Mika Singh's live tracks in the Baarat.

The two tied the knot on 9 March at the Jio World Centre, Bandra-Kurla Complex. The wedding venue was decorated with floral arrangements for a garden theme. The place was decked up with a faux waterfall, floral figurines, a fountain and a grand stage with a huge Krishna idol done up in flowers.

Baaghi 2 stars Disha and Tiger Shroff were spotted arriving at the venue together.

During the ceremony, sister Isha sported a pastel pink lehenga and Nita was seen in a heavily-embroidered lehenga. Matching his sister Akash also wore a soft pink, intricately embroidered and sequinned sherwani.

After the wedding, a celebration will be hosted on Sunday by the newlywed couple followed by a reception on Monday.