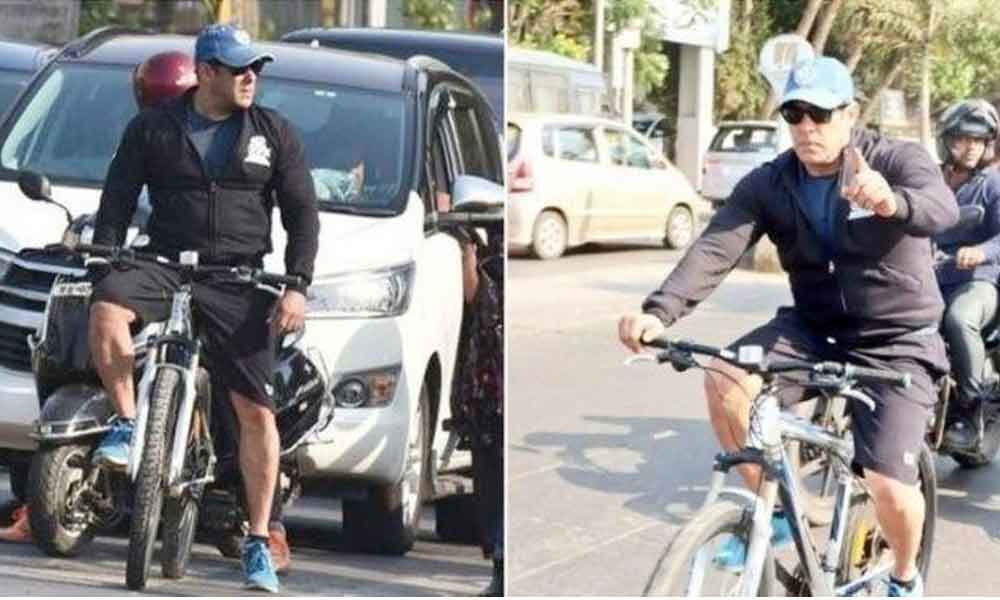 Salman Khan's bodyguard also submitted a cross-complaint saying that the person was trying to shoot the actor's video without his permission.

An on paper complaint was lodged against Salman Khan at the DN Nagar Police Station, Mumbai, on Wednesday evening. The petitioner has blamed Salman Khan of taking his phone while he was trying to record a video of the actor, who was cycling on Linking Road in Mumbai.

Salman Khan's bodyguard also submitted a cross-complaint, testifying that the person was following the actor and was trying to shoot his video without his permission. Nevertheless, the complaint that has been lodged against Salman Khan says that the accuser had the actor's bodyguard consent before shooting his video. The accuser also blamed Salman Khan and his bodyguards of misbehaving with him.

Salman Khan is presently anticipating the release of his upcoming film Bharat, on the work front. The recently released trailer of the film, was addressed by Bollywood celebrities and movie buffs. The film is set to release on Eid this year.

Along with Sonakshi Sinha, Salman is currently shooting for Dabangg 3 in Mumbai. The team recently wrapped up the Madhya Pradesh schedule of Dabangg 3 and moved to Mumbai.