Deepika almost tripped on her dress at Met Gala 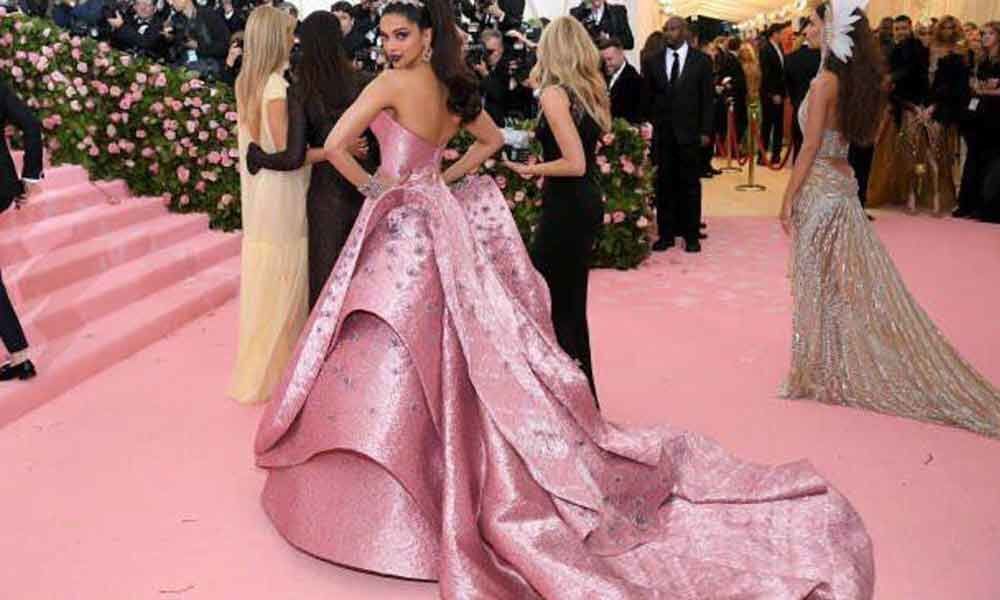 Actress Deepika Padukone, who made a grand appearance in her Barbie avatar at Met Gala 2019, almost fell on her dress while she sipped on some wine in a hotel lobby.

New Delhi, May 9 : Actress Deepika Padukone, who made a grand appearance in her Barbie avatar at Met Gala 2019, almost fell on her dress while she sipped on some wine in a hotel lobby.

A video from behind the scenes of the gala was posted online by a fan page and shows the actress turning around in a hotel lobby as few people help her with her Zac Posen long pink strapless gown's train. And then she almost trips, before regaining control and avoids the fall.

She held a glass of red wine, which she sipped on with a straw.

This year's Met Gala theme was "Camp: Notes on Fashion", inspired by a seminal 1964 essay by Susan Sontag in which she describes the phenomenon as something that shan't be talked about: "To talk about Camp is therefore to betray it." The theme was the basis for the Costume Institute's spring exhibition.

This was Deepika's third outing at the event.

She made her debut at the gala in 2017 in a simple Tommy Hilfiger white slip-dress. Last year, she stunned in an elegant red Prabal Gurung gown matched with red heels.