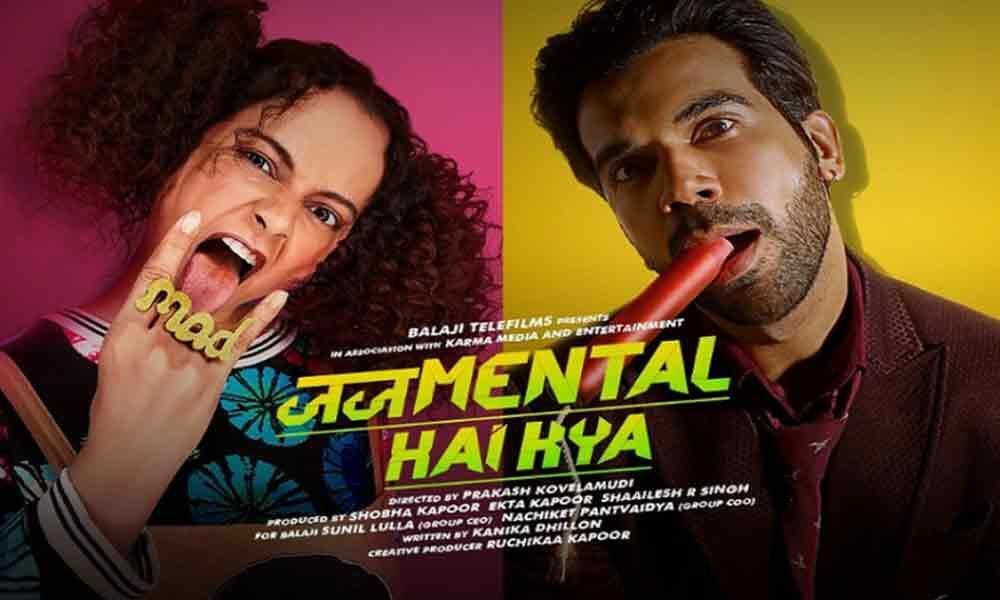 The trailer revolves around Kangana and Rajkummar, two suspects of a murder case.

New Delhi: After creating all the buzz it possibly could, the trailer of Kangana Ranaut and Rajkummar Rao starrer 'Judgmentall Hai Kya' is finally out. If the 2.37-minute-long video is anything to go by, the film promises to the quirkiest murder mystery ever.

"One Mystery. 2 suspects. This July, Trust No One!" reads the caption of the trailer posted on YouTube. Comedy, mystery and romance, the trailer manage to give viewers a taste of every major ingredient that went into the plot of the film and it leaves you wondering what is happening.

The trailer revolves around Kangana and Rajkummar, two suspects of a murder case. While initially, Kangana's character can be seen drooling and crushing over Rajkummar's character, the dynamic suddenly changes when the two start blaming the other for the murder, trying to save themselves.

After various delays and restrictions, the Central Board of Film Certification (CBFC) finally cleared the upcoming film with minor cuts on June 29.

The only condition was to remove the word 'mental' from the entire film, including the title. Following which, the title of the film was changed from 'Mental Hai Kya' to 'Judgmentall Hai Kya'.

Produced by Ekta Kapoor, the film also features Amyra Dastur and Jimmy Shergill in pivotal roles and is all set to hit the theatres on July 26, this year.