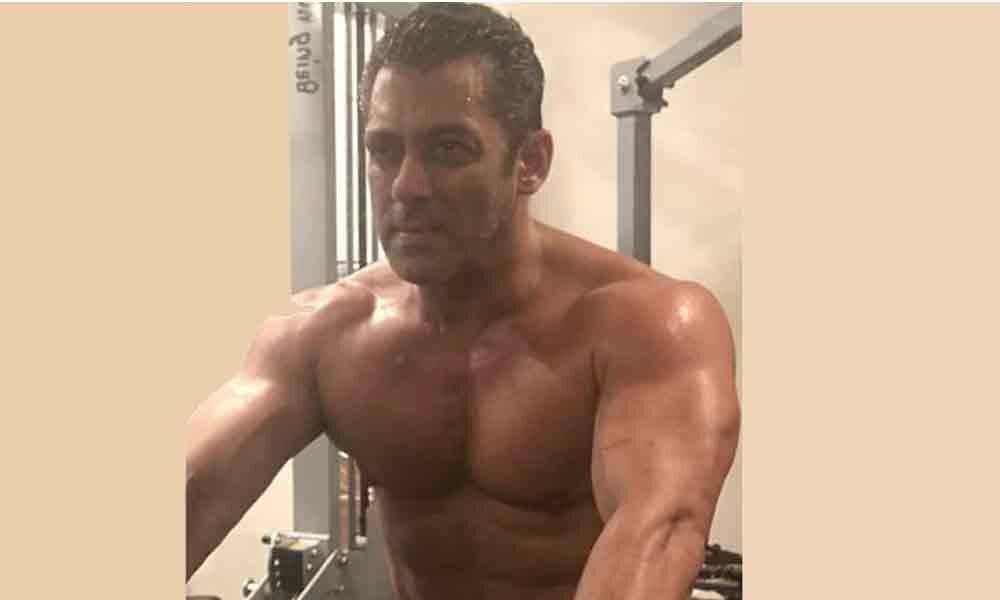 The 'Sultan' star, who is vacationing post the success of his recent film, shared a shirtless picture on his social media handle.

New Delhi: Actor Salman Khan who took the internet by storm on Sunday with a subtle yet impactful message on single-use plastics, has now won his fans' hearts by motivating them to achieve their goals by working out hard.

The 'Sultan' star, who is vacationing post the success of his recent film, shared a shirtless picture on his social media handle, covered in sweat after a workout session.

His fans were quick to shower love upon the actor with their comments. "No one can beat you, you're undisputed king. Love You BHAIJAAN," wrote one. "He is my #FitnessMotivation Jeete hai Shaan se #SalmanKhan fan ke naam se We Luv u BeingSalmanKhan till our Lst Brth," wrote another.

Salman is currently basking in the success of 'Bharat', which also featured Katrina Kaif and Sunil Grover, among others. The film released on June 5 and set a milestone by bagging Rs 150 crore in just five days of its release.

He will next be seen in Sanjay Leela Bhansali film 'Inshallah' alongside Alia Bhatt. The film will see Salman team up with Sanjay after a long hiatus of 19 years. The duo last worked together in 1999 on 'Hum Dil De Chuke Sanam' which also starred Aishwarya Rai Bachchan and Ajay Devgn.