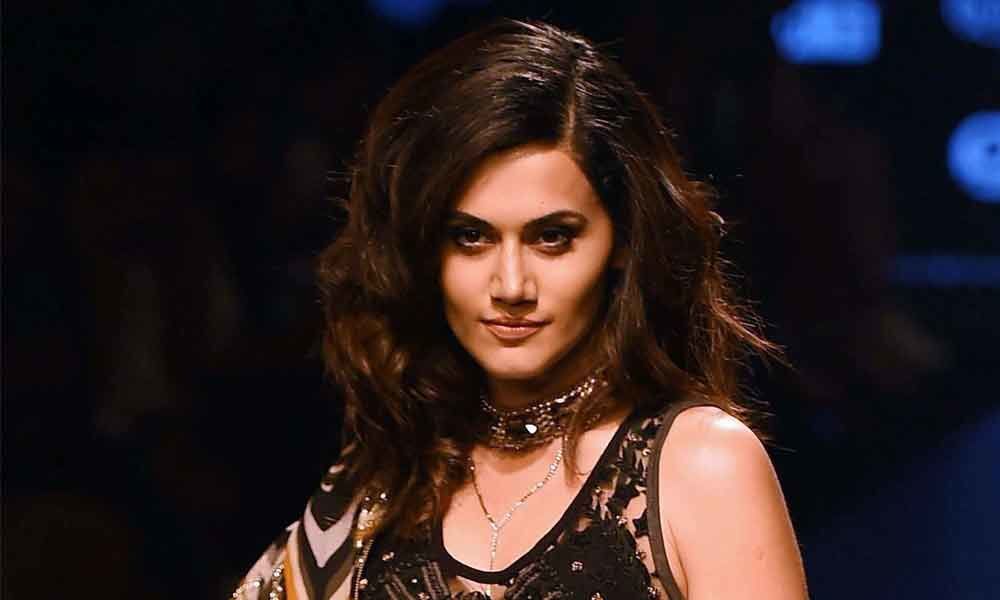 Taapsee Pannu has said that she will not apologise for her "double filter" comment about Kangana Ranaut, for which she has faced flak from the latter's sister and spokesperson Rangoli Chandel.

Taapsee Pannu has said that she will not apologise for her "double filter" comment about Kangana Ranaut, for which she has faced flak from the latter's sister and spokesperson Rangoli Chandel.

The whole argument started when Kangana's sister Rangoli Chandel attacked Taapsee on Twitter. "Kuch log Kangana ko copy kar ke he apni dukaan chalate hain, magar pls note, they never acknowledge her, not even a mention of her name in praising the trailer.

Rest, I do not know what else I have copied," said Taapsee, adding: "However, if I am a copy of a good actress like her (Kangana) -- and I always maintain that she is a good actress -- I take it as a compliment. I am also called 'sasti' (cheap). Yes, I am not the highest-paid actress, so that way you can call me 'sasti'."

Taapsee also mentioned: "I did not reply to that individual because they do not matter in my scheme of things. Why should I pay attention to people who do not matter to me? They are taking time out to say things to me, meaning I matter to them.

Everyone knows how to bully, and even I know how to answer back. But there is a certain use of language and vocabulary that I have not learnt and I never will. So, I answered in my way."

The actress was speaking at a media interaction to promote her upcoming film 'Mission Mangal'.

Taapsee has been busy this year with multiple releases. While 'Badla' and 'Game Over' have released, 'Mission Mangal' is coming up on August 15. She said that negative comments like Rangoli's do not affect her spirit.

"When a journalist asks me a question (on the subject), I answer because through your medium I can tell my audience who I am. So, you people matter to me," she clarified, about taking in questions on the controversial issue.

"Even my sister tells me to put a filter before I open my mouth in public. That is true because at times my honest opinion gets me into trouble.

So my comment on 'keeping a filter' was not meant to be negative, though people on the other side took it negatively. I cannot change their perception," explained Taapsee.