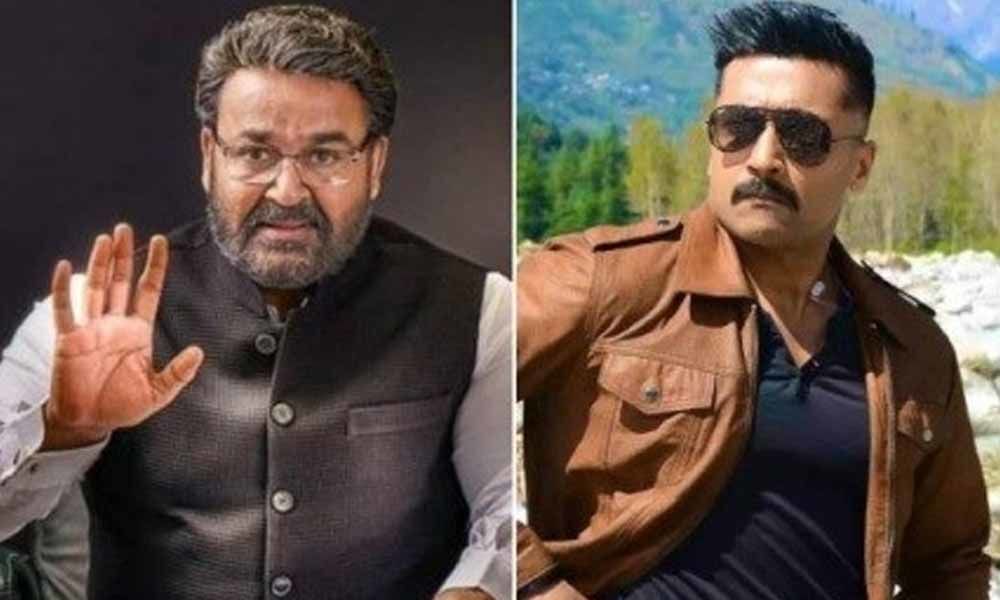 Suriya Sivakumar and Mohan Lal starring Kaappaan teaser is out and viral, racking up 2.9 Million massive hits within hours of its release.

Suriya Sivakumar and Mohan Lal starring Kaappaan teaser is out and viral, racking up 2.9 Million massive hits within hours of its release.

Tamil superstar Suriya Sivakumar dropped the teaser on his social media and expressed his gratitude to be working with Mohan Lal. He wrote, "Blessed to have worked with @Mohanlal sir,Thanks to @anavenkat and @Lycaproductions What a dream cast and team!!#[email protected]_offl @sayyeshaa

The film is super special treat for the Suriya and Mohanlal fans on the occasion of Tamil New Year. The teaser also stars Boman Irani, Saayeesha and Arya is just action packed with high voltage political drama. The film which is a political action thriller will definitely bring out a unique storyline which is very much evident from its teaser.

Veteran Bollywood actor Boman Irani is a must watch in the film with his awesome acting and dialogues.

Kaappaan, which has been directed by K.V. Anand is all set to be released in the theatres in the month of October this year.