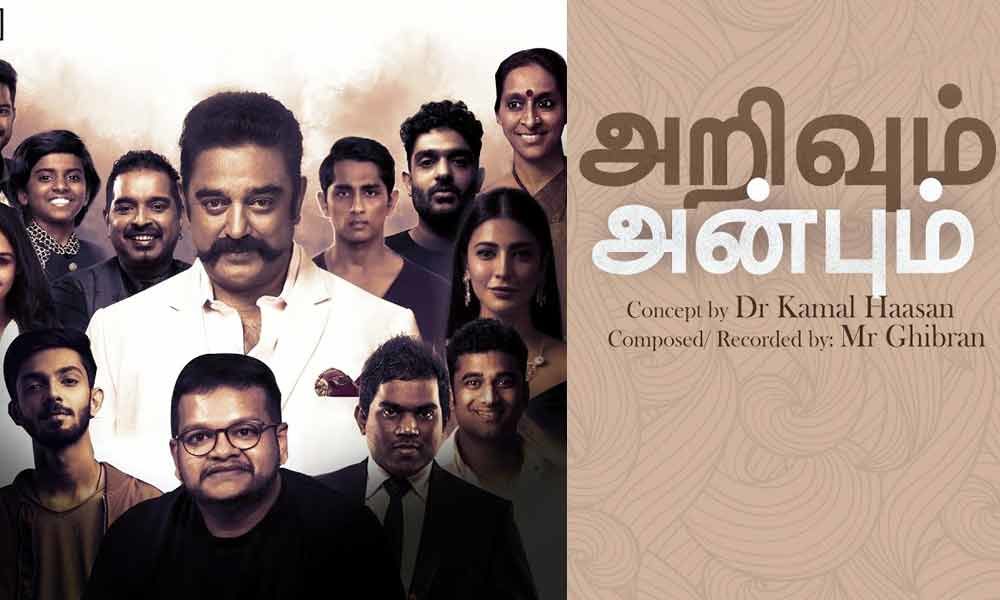 With the need to spread the message that the coronavirus does not discriminate between one another as it unleashes its deadly attack and we humans should not let caste and creed blind us in our duty towards humanity, a five-minute music video- Arivum Anbum ( Awareness and Love) - was released by Think Music.

Composed by Ghibran, it has a host of film personalities performing, with Bombay Jayashree and Shankar Mahadevan at one end and music directors Yuvan Shankar Raja, Anirudh, DSP at the other. Shruti Hassan is there along with her father who has written the lyrics for the song, which showcases the pitiable plight of migrants, the selfless service of the medical personnel and the need to keep oneself above petty prejudices during this phase. The video has been put together after compiling the footages sent from various locations where the artists and musicians were located.

The state has been pained by the heartless reaction of a section of its people towards the final rites of one of the doctors who died after being tested coronavirus positive. He had been treating many patients till then and his family was shattered when his body was not allowed to be buried at a pre-determined cemetery and had to be shifted to another location.