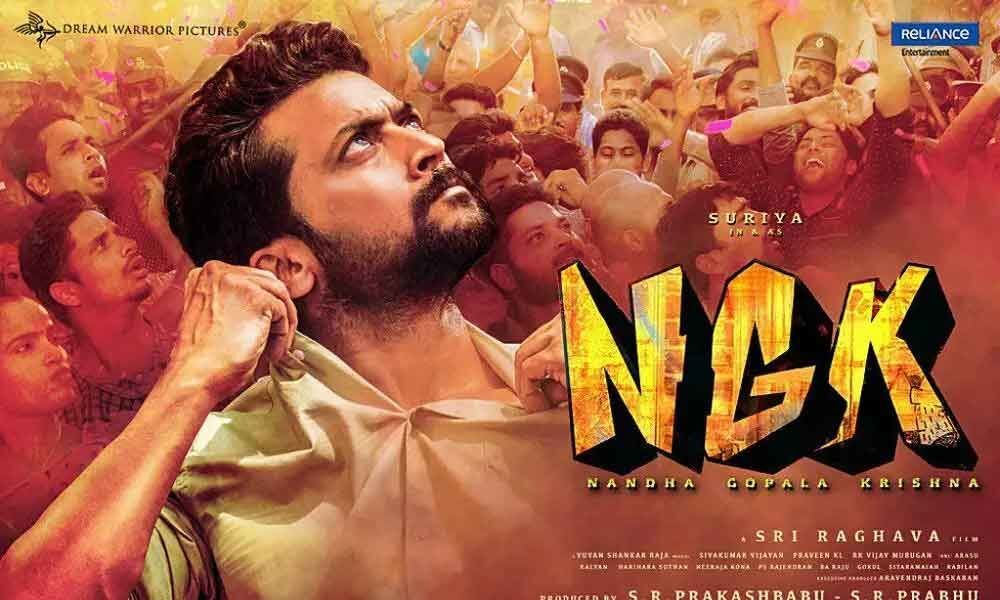 Suriya Siva Kumar played the lead role in the film NGK which means Nanda Gopala Krishna. Tipped to be a political drama, the film was directed by Selva Raghavan. Sai Pallavi and Rakul Preet played the lead roles in the movie. Yuvan Shankar Raja scored the music for the film. Check out the review of the film here.

NGK (Suriya) is a well-educated person who leaves his job to do organic farming in his village. Along with that, he has an eye for social service and takes up some problems because of that. Slowly, he realizes that he can do great social work if he joins politics. He then realizes that he needs to join politics and eventually becomes the chief minister. How did that happen? What did NGK do after becoming CM? What happens then? Forms the story of the movie.

Suriya is undoubtedly the show stealer for this film. The actor will mesmerize the audience with his outstanding performance in this movie. Sai Pallavi is an absolute delight for the fans. Her beautiful performance added more strength for the film. Rakul Preet Singh justified her role and looked gorgeous in the film. Devaraj's energetic performance can be considered as one of the plus points in the movie. Ponnavan is to good for the role. Bala Singh delivered a decent performance. Uma Padmanabhan acted naturally well. Vela Ramamoorthy and Thalaivasal Vijay marked their presence felt.

Production values by SR Prakash Babu and SR Prabhu under Dream Warrior Pictures banner are lavish. Music by Yuvan Shankar Raja is okay and not all his songs are hummable. But, the film has a thumping background score in the film. Cinematography by Sivakumar Vijayan is beautiful. He has produced some sleek visuals for this film. Editing by Praveen KL is decent. The runtime is crisp. The dubbing could have been much better.

Director Selvaraghavan has prepared a solid story for this film but it is too predictable and routine. The director even failed with the narration. The audiences will feel lost with the film at some point as the plot gets deviated in between. The film is targeted at mass audiences but it really lacks the solid punch that one expects from Selva Raghavan.

The movie starts off on an interesting note and the first half is extremely engaging. The interval bang will impress the audience. The director has maintained the same pace of narration in the second half as well and it does not elevate the key hook points. There is too much of violence in the film but the censor board still awarded the film with U. On the whole, NGK is one political drama where nothing looks right except Suriya.