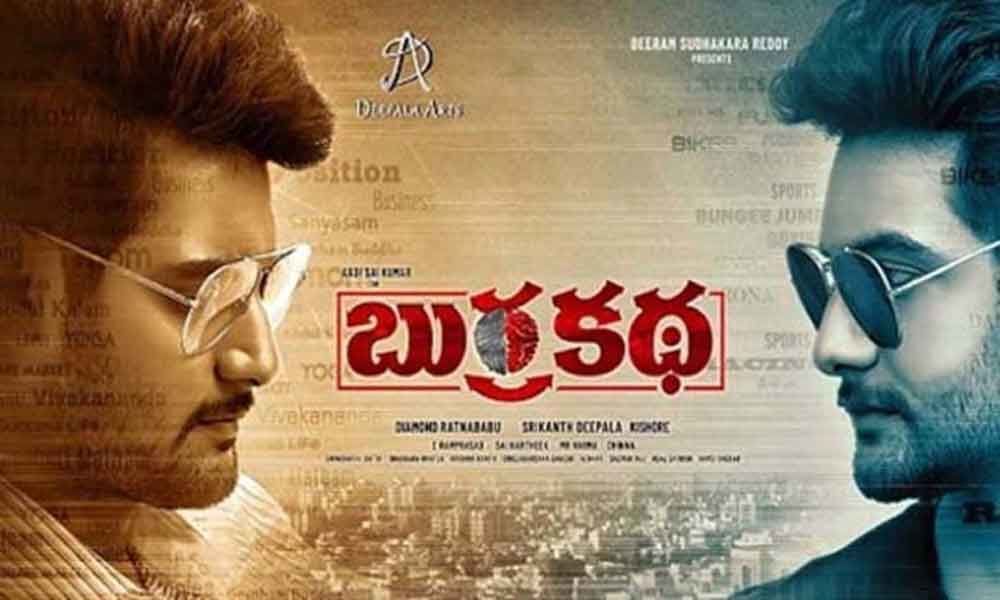 ‘Burra Katha’ starring Aadi Saikumar in the lead role, is being directed by writer ‘Diamond’ Ratna Babu and it is his debut as director.

'Burra Katha' starring Aadi Saikumar in the lead role, is being directed by writer 'Diamond' Ratna Babu and it is his debut as director.

This is a concept based film and the protagonist in the movie is said to be born with two brains.The film's teaser received a thumping response and this has done the business for the film.

Vintage Creations has acquired the worldwide theatrical rights of 'Burra Katha' for a fancy amount and the makers are aiming for June release.

Also the business in the Telugu states and satellite rights were sold off.The shooting of the film is currently going on in Goa while the post-production works are happening simultaneously.

Mishti Chakraborthy, Naira Shah are playing the female lead roles while Rajendra Prasad and Posani Krishna Murali will be seen in supporting roles.

Sai Kartheek is composing music for 'Burra Katha' which is touted to be a fun-filled entertainer.