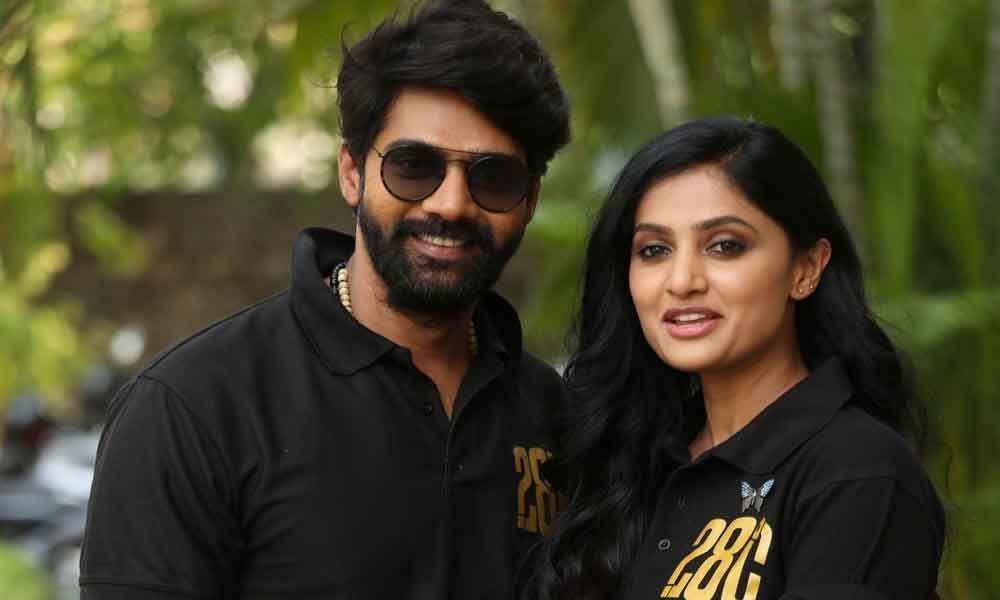 The teaser of the film '28 Degress Celcius' was released at the Prasad's Labs in Hyderabad on Saturday.

The teaser of the film '28 Degress Celcius' was released at the Prasad's Labs in Hyderabad on Saturday. Bankrolled by Sai Abhishek jointly under the banners of Veeranjaneya Productions and Riverside Cinemas, the film being helmed by Dr Anil Vishwanath, has Naveen Chandra and Shalini Vadni Katti playing the lead roles.

Launching the title poster of the film, actor Sumanth, who was the chief guest on the occasion, said that though Dr Anil was a dentist, he has a thorough grasp of all aspects of film making. He said that he liked the teaser of this movie very much, which was quite interesting.

Launching the teaser, actor Adivi Sesh said that all the members of this film unit worked closely with him in his earlier films like 'Kshanam' and 'Goodachari.' He said that Anil was a highly talented director whom he knew from the days of the film 'Karma.' He said that he was planning to do a film with Anil. He expressed confidence that '28 Degrees Celcius' would do well.

Naveen Chandra said that '28 Degrees Celcius' was an interesting love story. When Anil and Abhishek narrated the story, he liked it and immediately accepted the role though he rejected several offers after the film 'Aravind Sametha' in which got a good name, he added.

Dr Anil Vishwanath said that '28 Degrees Celcius' was his dream project and thanked his best friend and producer Sai Abhishek for reposing confidence in him. He said that it was a story of a Telugu man living in Georgia, with a right mix of all the emotions.

Sai Abhishek said that it was a suspenseful love thriller and 60 per cent of the film was shot in Georgia. All the actors did a commendable job, he added. He said that they were planning to release the film in May.