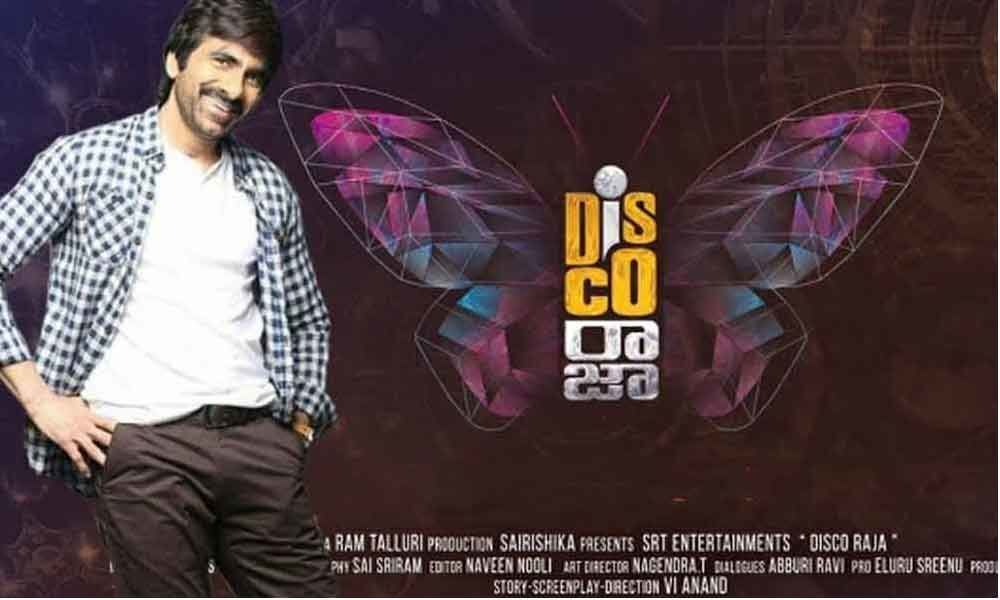 It is known that the regular shooting of Mass Maha Raja Raviteja's 'DiscoRaja' commenced earlier this year and makers have already completed the first schedule.

It is known that the regular shooting of Mass Maha Raja Raviteja's 'DiscoRaja' commenced earlier this year and makers have already completed the first schedule. However, there are rumors hovered in some of the news portals saying makers have terminated the project.

Producer Ram Talluri and Director VI Anand invalidated this news. The second schedule of DiscoRaja will be started on May 27th in Hyderabad. Some of the key artists will join Ravi Teja in this schedule. RX100 fame Payal Rajput and Nannu Dhochukundhuvate fame Nabha Natesh roped in to play female leading characters in the film. This is the second film for Ram Talluri with Mass Maha Raja Raviteja after Nelaticket under SRT Entertainments Banner. The first look motion poster got an overwhelming response from all Telugu movie lovers.

While speaking, Ram Talluri said that "We are very happy that we have completed the first schedule of DiscoRaja successfully. The output was phenomenal. We are planning our second schedule. Meanwhile, some of the news portals disseminated fake news about DiscoRaja being terminated. There is no truth in the news. DiscoRaja will be a Sci-Fi Action thriller and scenes with visual effects will play a crucial role in this schedule. That is why VI Anand and other team members have planned the second schedule very carefully and we spent some time planning the schedule. While we are busy planning our second schedule, fake news being disseminated. We will kick start the next schedule on May 27th and shooting will continue till June 21st. We will shoot some of the crucial scenes here in Hyderabad and surrounding areas. DiscoRaja will entertain all movie lovers and Mass Maharaja Ravi Teja fans.