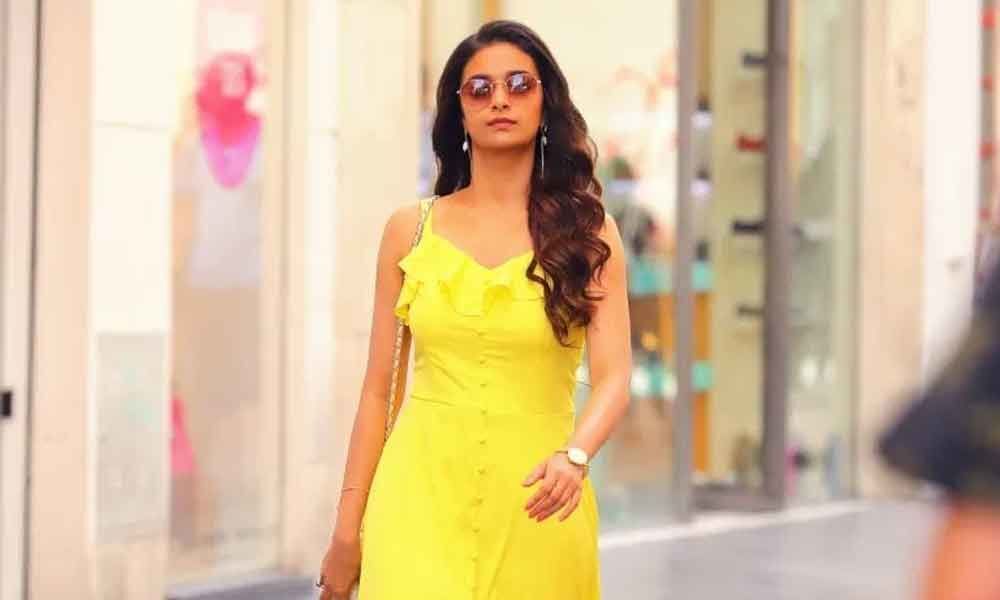 Last year, talented actress Keerthy Suresh became a national award winner for her beautiful performance in the blockbuster movie 'Mahanati'. Now, the actress is going to change her look with her upcoming movie under the direction of Narendra Nath.

Jagapathi Babu, Naveen Chandra, Nadiya, Naresh are playing crucial roles in this movie. Today, the makers have made an official announcement in the movie that the title of the movie is going to be 'Miss India'. Revealing the same, the makers also unveiled a short video claiming that Keerthy Suresh appeared as 'Mahanati' in 2018 and 'Miss India' in 2019. We are going to see her as 'Miss India'. The video also featured Keerthy Suresh in a stylish avatar. The movie has been carrying a decent pre-release buzz.

Mahesh S Koneru under East Coast productions banner is bankrolling this project. SS Thaman is scoring music for the film which is slated to hit the theatres by the end of the year.