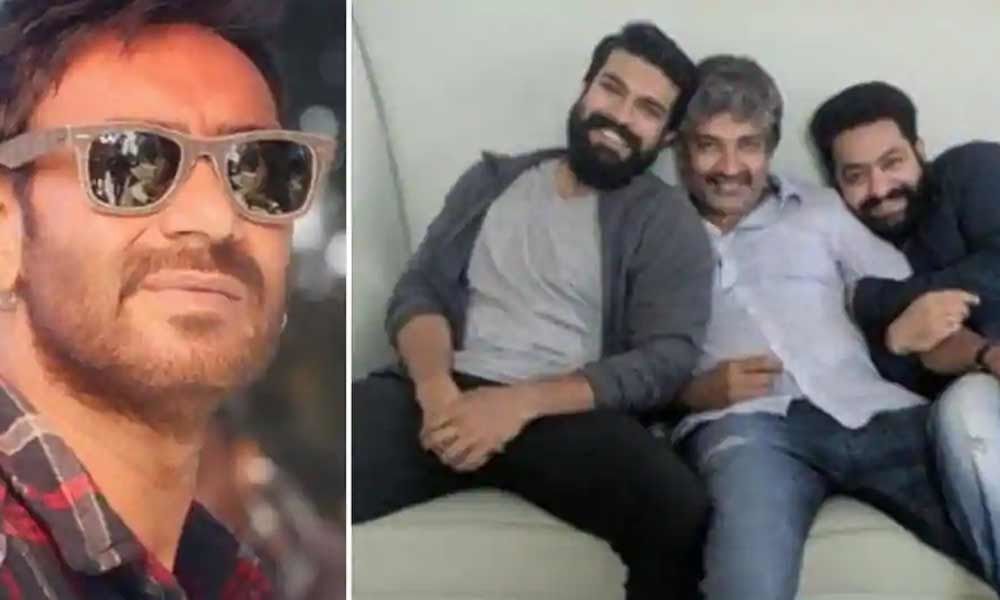 After swaying the audience world over with the ‘Baahubali’ franchise, ace director S S Rajamouli is invoking two legends-Alluri Seetharamaraju and Komaram Bheem- with his upcoming magnum opus ‘RRR’.

After swaying the audience world over with the 'Baahubali' franchise, ace director S S Rajamouli is invoking two legends-Alluri Seetharamaraju and Komaram Bheem- with his upcoming magnum opus 'RRR'.

He has cast Telugu superstars Jr NTR as Komaram Bheem and Ram Charan Tej (Alluri Seetharamaraju) for his fictional story set in the 1920s.

"This is a fictional story set in the pre-independent era.

Most of us are well aware of the stories of Alluri Seetharama Raju and Komaram Bheem.

We know they are popular freedom fighters and were fearless as well.

What most of us don't know is that there are gaps in the lives of these revolutionaries that we don't know about.

We don't know what happened in their lives in those years," said Rajamouli, at a grand event held in Hyderabad to share the details of his upcoming film.

"I'm glad both Tarak and Charan agreed to be part of this project.

Even if one of them said no, I wouldn't have taken up this subject.

Talking about roping in Alia and Ajay Devgn, Rajamouli said he needed talented actors from other industries as this was a pan-Indian film.

"We are thrilled to have Alia and Ajay on board.

Both of them were really excited to be part of this project.

When I wanted to approach Ajay, I sent him a text and he immediately made time to meet.

After he heard the story idea, he immediately adjusted his dates to give me time," he said.

Rajamouli ran into Alia at an airport and that's where he shared the idea.

"The moment I told Alia that I have this subject and we would like to work with her, she immediately gave her nod.

She was willing to take up any part as long as she gets to be part of this project.

She has been paired with Charan in the film," he added.

International actress Daisy Edgar Jones has been paired with Tarak.

Rajamouli also said the film will have 'RRR' as the common title across languages.

"The common title across languages will be 'RRR' as it's extremely popular among audiences and we didn't feel like changing.

However, the title will have expansion in each language which we plan to announce later.

We are welcoming audiences to come up with suggestions for title expansion in each language," Rajamouli said.

Superstar Jr NTR said "This is my fourth movie with Rajamouli and I always enjoyed working with him.

But working with Ram Charan has come as a bonus this time because we are good pals.

I have learnt a lot while working with Rajamouli which will come in handy for future projects," he adds.

Reigning star Ram Charan said, "One day Rajamouli asked me to come to his residence on my way home.

When I dropped in, I was surprised to find Jr NTR sitting in the room.

I felt excited. However, I am looking forward to work with my friend NTR in this magnum opus,".

In his speech, producer DVV Danayya said that film will hit the screens worldwide on July 30, 2020 in ten Indian languages.