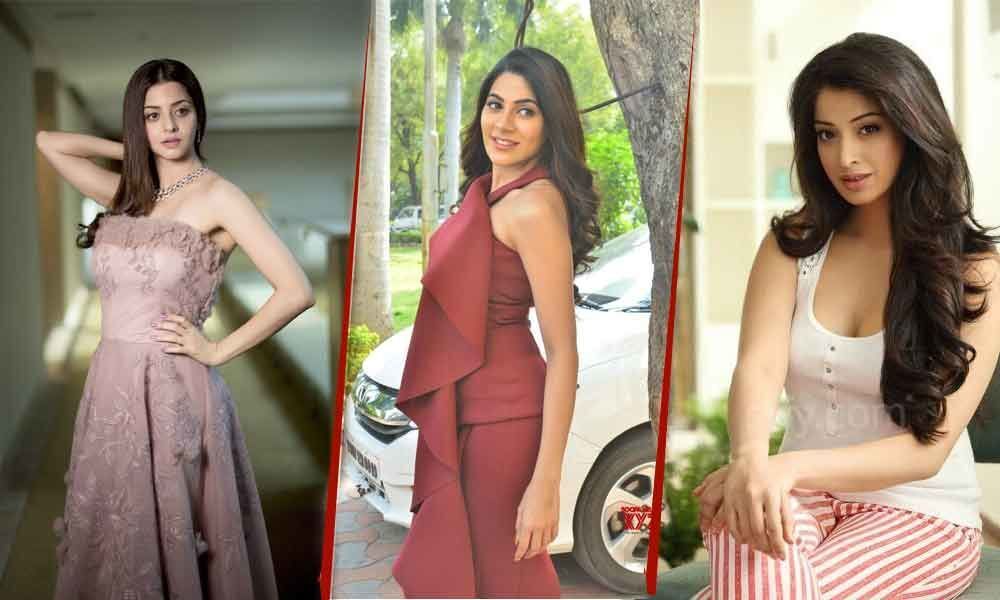 The recent releases like ‘Kanchana 3’, ‘Cheekatigadilo Chilakkottudu’ and ‘Where is the Venkatakashmi’ were loaded with sleaze and vulgarity and lowered the bar on horror movies in T-town.

The recent releases like 'Kanchana 3', 'Cheekatigadilo Chilakkottudu' and 'Where is the Venkatakashmi' were loaded with sleaze and vulgarity and lowered the bar on horror movies in T-town.

Although top-league actresses like Anushka (Arundhati and Bhagmathee) and Nayantara (Mayuri and Dora), made spooky films mainstream and family-centric, now it has taken a beating of sorts.

Adding to it, the trailer of 'Abhinetri 2' featuring Tamannaah set temperatures soaring to announce the return of 'sleaze' in horror movies big time. "It is true that certain movies have damaged the reputation of horror movies.

"That was a true-blue horror flick where the audience glued to their seats with exciting screenplay and performances, without an iota of vulgarity. It is on the scale of 'Arundhati' which set a new benchmark for horror movies in T'wood and revived the interest of children and family viewers in ghost stories," he adds.

In the latest horror flick 'Kanchana 3' three girls- Vedika, Oviya and Nikki Tamboli-went overboard and fall over each other seeking the attention of hero and actor Lawrence.

"It is true that this film had overdose of sleaze, but we can't blame actor Lawrence as he tries to cater to the masses and doesn't make films for urban audiences. In fact, 'Kanchana 3' made more money in B&C centres and even staved off stiff competition from 'Jersey' to break-even," adds distributor Ramu of Guntur.

However, no one is willing to support vulgar film 'Cheekatigadilo Chillakottudu' which was loaded with obscene dialogues and rampant skin show.

"This film is one of the sleaziest movies in recent times. It was almost like semi-porn film under the guise of horror flick. Obscene dialogues, explicit gestures and women talking about 'new high' leaves the audience gasping for breath.

These kind of movies harm the genre of horror flicks," says distributor Ramakrishna, who reminds the failure of 'Where is the Venkatalakshmi' despite overdose of skin show by Raai Lakshmi.

"It proves that just skin show can't pull off a winner without a decent plot," he adds.

However, upcoming films like 'Game Over' featuring Tapsee looks to stick to the spooky genre. "It looks to be intriguing story of a strong-willed woman," he adds.

While another horror flick 'Viswamithra' promises to be an interesting film, without any trace of sleaze or vulgarity. "The makers claim that it is inspired by true-life incidents.

Director Raj Kiran is known for making good movies like 'Geetanjali',a perfect mix of comedy and horror ," says distributor Vishnumurthy and adds ''Abhinetri 2' banks on the glam quotient of Tamannaah.

The makers are bound to exploit it to the hilt to draw openings because Prabhu Deva is not a crowd-puller on his own." he concludes.