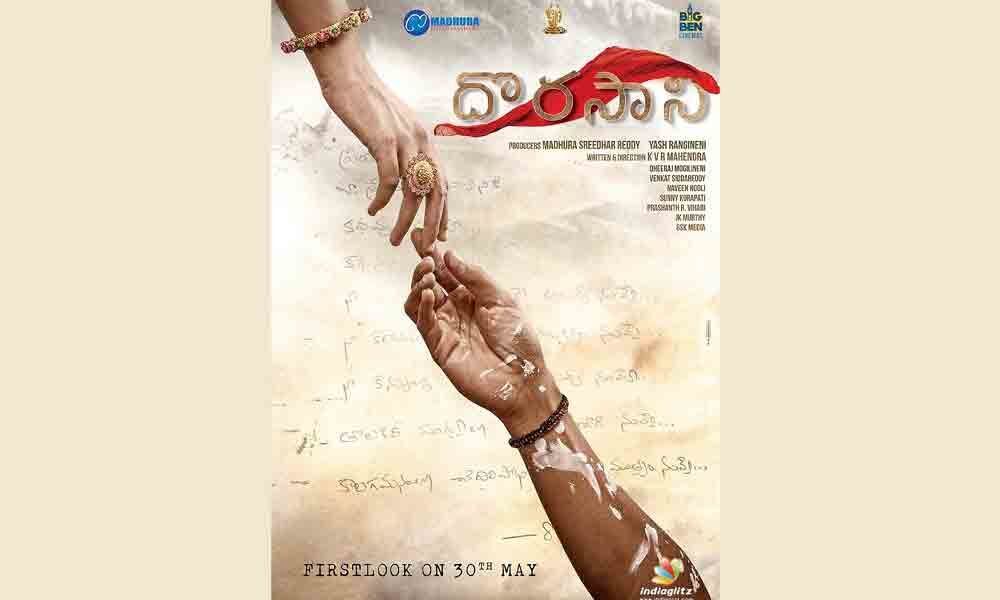 Young actor Vijay Deverakonda's younger brother Anand and actor Rajasekhar's younger daughter Sivatmika are all set to entertain the audience with their debut film 'Dorasani'. The romantic entertainer is scheduled to release on July 5, and the first look will be launched on May 30, aver makers.

Written and directed by KVR Mahendra, 'Dorasani' is one of the most-anticipated films of 2019. The title logo of the movie has been unveiled by the makers last month and it was well-received by the netizens, add makers.

The makers have kept the details of rest of the cast and its plot under wraps. Set in 1980s, 'Dorasani' is reportedly a Telangana-based love story revolves around love, drama, comedy and sentiment.

Prashanth R Vihari has scored music while the camera has been handled by Sunny Kurapati and Naveen Nooli has edited the film.

'Dorasaani', which is said to be inspired by a true life story has been jointly bankrolled by Madhura Sreedhar Reddy and Yash Rangineni under Madhura Entertainment in association with Suresh Productions and Big Ben Cinemas banners.