You'll get this kind of scripts very rarely: Taapsee 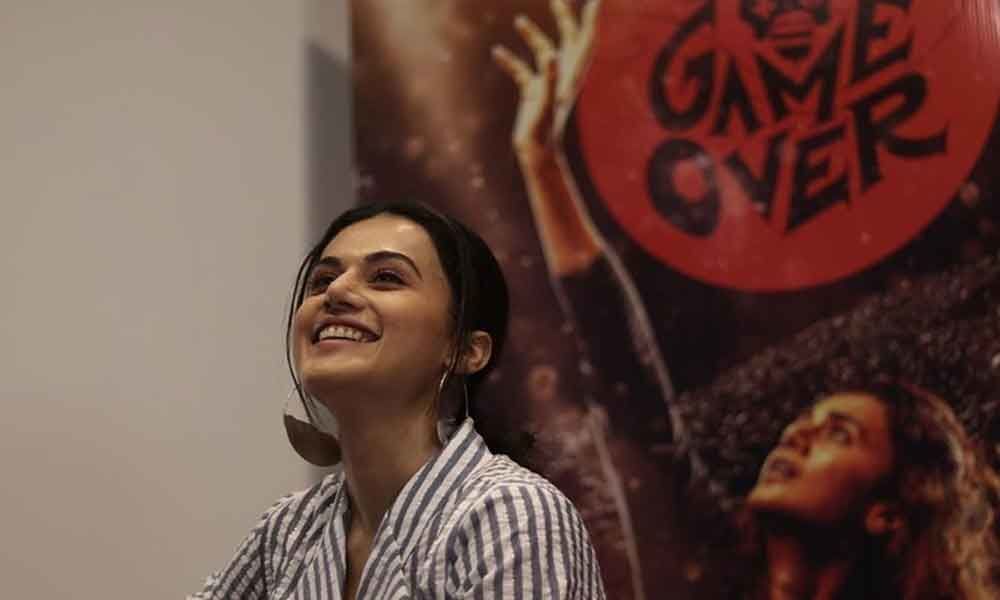 Taapsee has now become a pan-Indian actress and has been doing some phenomenal work in Bollywood.

Taapsee has now become a pan-Indian actress and has been doing some phenomenal work in Bollywood. After a long time, she is making her comeback in Tamil Cinema, with the film Game Over. This suspense thriller directed by Ashwin Saravanan will be released worldwide on June 14.

Speaking about the film in a recent interview, Taapsee said that this kind of scripts come very rarely to the actors and they need to be signed once you get them. Game Over features the story of wheelchair ridden video game enthusiast and the eerie experience she faces all of a sudden.

It is produced by Y Not Studios, which earlier produced films like Irudhi Suttru, Guru and Vikram Vedha. At first, makers thought to release it only in Tamil and Telugu but filmmaker Anurag Kashyap decided to present it in Hindi, after watching the film. So, the film will have Hindi release as well.