Country to witness lot of political heat up North 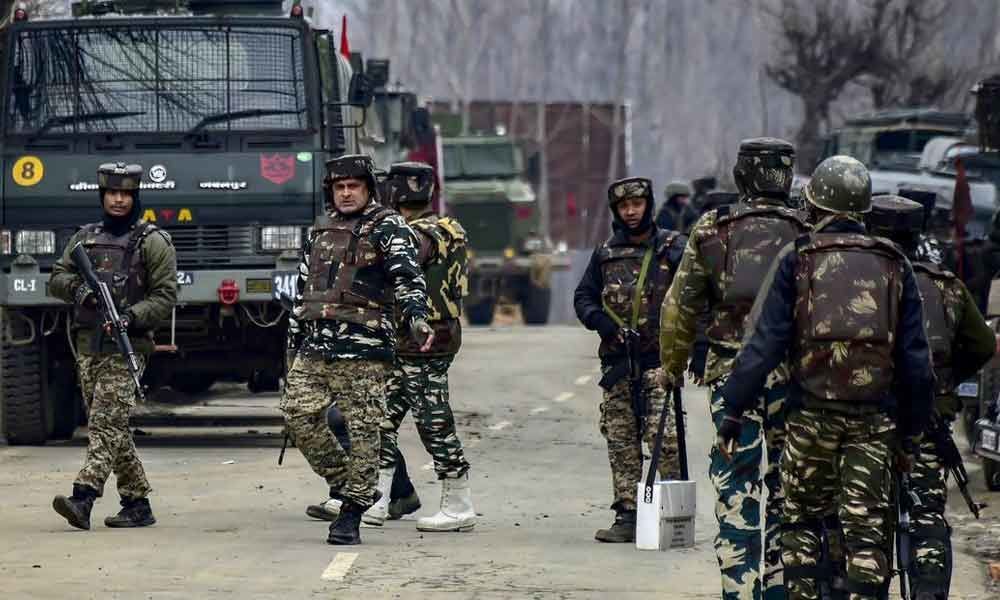 In the past one week, Jammu & Kashmir has been witnessing a lot of activity.

In the past one week, Jammu & Kashmir has been witnessing a lot of activity. The Modi 2.0 government has sent massive troops around 38,000 to Kashmir valley.

This action of the Centre comes at a time when the Minister of State for Home G Kishan Reddy made a statement in the elders' House that security situation in the valley had improved.

He also reeled out statistics of how the local recruitment had declined, how violent incidents had come down and how terrorists had been neutralised.

If that is the case, then there should not have been any need to deploy such massive troops. Officially, it is being said that there are some Intelligence reports about infiltration bid from Pakistan which has prompted the Centre to move the troops.

But then, such attempts are not new during this season. Another theory being circulated is that it is because the government wants to hoist tricolour in every panchayat on August 15 and it does not want the terrorists to disturb the celebrations.

But the BJP has already galvanised its workers in Kashmir Valley and had swept polls in four constituencies, Pulwama, Shopian, Kulgam and Anantnag which are terror infested districts.

It had also won many panchayat and municipal seats in local body elections and that too unopposed.

This had unnerved the People's Democratic Party and National Conference and they are worried over the likely outcome if the Assembly elections are held in the State now.

In fact, all parties are of the opinion that the Centre might announce election schedule soon after August 15.

But then the sudden developments seem to be giving rise to new doubts and the air is thick with rumours that the Centre is gearing up for some major action next week and that is why it had moved the troops. It is being rumoured that they may repeal Articles 35 A and 370.

PDP leader Mehbooba Mufti has already made some noise on the issue of Articles 35 A and 370 and said that the consequences of toying with these articles would be serious.

After partition in 1947, Kashmir was torn between two newly-formed countries - India and Pakistan. After a long period of uncertainty and political turmoil, Jawaharlal Nehru struck a deal with Maharaja of Kashmir, Hari Singh.

The instrument of accession signed between Singh and Nehru was the start of negotiating Kashmir's relation with India. Later in 1949, Article 370 was included in the constitution after deliberations between Sheikh Mohammed Abdullah, an essential figure in Kashmir politics, and Nehru.

In 1954, a presidential order was passed by the then President Rajendra Prasad and Article 35A was issued under Article 370 (1) (d) of the Constitution.

The article accords special rights and privileges of the 'permanent residents' of Kashmir in government jobs, land acquisition and other public welfare projects.

The political parties in J&K fear that tinkering with this would lead to restricting their powers and may even change the demography of the State.

They argue that the Centre has already eroded article 370. Repealing of Article 35A will be a breach of trust," they say. It is further argued that the revocation of the Article 35A will trigger a large-scale incursion of big industrialists and people from other States.

They also argue that it could lead to mass migration which could hamper the environment. But then one thing appears to be certain, the Centre is determined to take some major decision before the budget session of Parliament ends.

It is even contemplating to extend the session till August 14. This means that the country is going to witness lot of political heat during cool monsoon season.