Hike on newsprint duty an attack on individual freedom 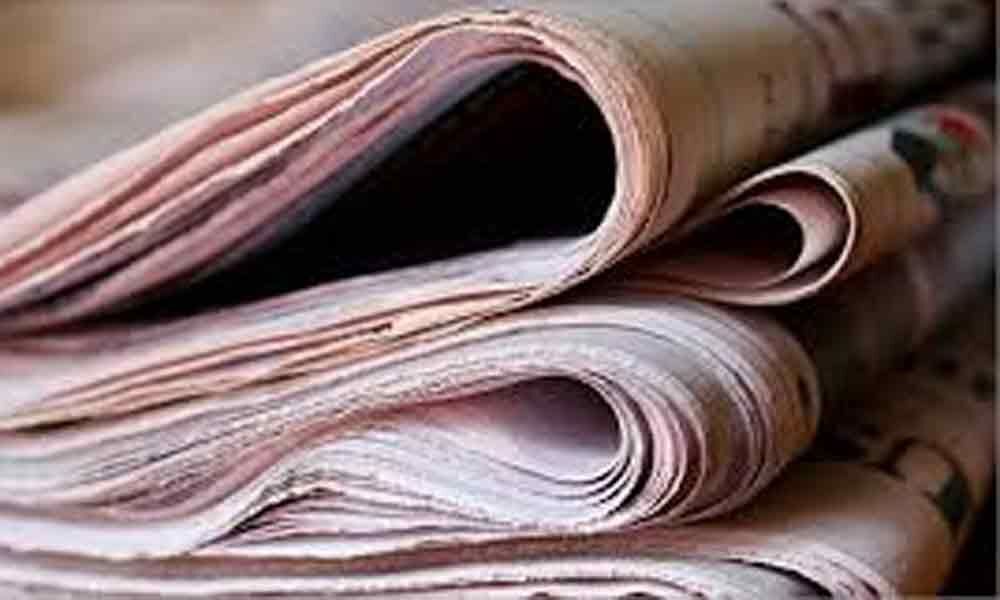 It is very disheartening that the new budget has imposed a crippling duty of 10 percent on the paper used by newspapers and magazines.

It is very disheartening that the new budget has imposed a crippling duty of 10 percent on the paper used by newspapers and magazines.

At a time when print media is facing stiff competition from digital media and advertising is low, this duty will wipe out whatever hopes there were for revival of free press.

Duty on newspaper is actually duty on readers' right to read what they want to read without any interference from the government.

But this duty will tax the information, knowledge and inflict a serious wound on freedom of speech and expression enshrined in the Constitution of India.

Freedom of speech is not only for publishers, writers and journalists, but also for everyone as the information is key to opening windows for knowledge, innovation, challenging the stagnation and progress for economy, society and polity.

Newspapers need a helping hand and not impediments. At a time when the newspapers are looking for some assistance from the government to tide over the financial problems due to declining ad revenues and increasing expenses, imposing duty is very unfortunate.

English newspapers that get good advertising support from the government and the private industry in the form of display and tender advertising can perhaps absorb this hike but not tiny, medium and moderate-sized language newspapers that now are spread all over the country.

Publishers of small, medium and regular-sized language newspapers will be greatly affected by this. The government should reconsider this step and should not be influenced by demands of newsprint manufacturers who are inefficient, make poor quality paper and yet want to make big profits by forcing the newspapers to buy their newsprint at a higher price.

This increase in duty will enable the local manufacturers to increase prices and affect every newspaper and magazine. Newspapers would be forced to hike prices that would affect their circulation badly.

This would encourage the government to put restrictions and taxes on other aspects of newspaper publishing. The government should withdraw the tax immediately as it is against the spirit of the Constitution.

This is purely anti public step as the revenue from this is going to be a pittance. But then, it may not care and continue its hostile attitude towards the media as such.

Instead of looking into the problem of journalists in the country who are facing a hostile situation in every sphere and assaults including that of murderous attacks, the government has turned its attention to the very industry itself and trying to cripple it further.

On the one hand, facilities given to journalists are being withdrawn one by one, making their professional pursuit very difficult.

On the other, there is little response to the demands of the journalist community which is demanding safety and security in their professional life, implementation of wage board recommendations and scrapping of bodies like the Press Council of India which have become redundant and pension provision for journalists.

The insensitivity of the government with issues related to the media is appalling. It points to a disturbing lack of foresight and depth of understanding in dealing with sensitive mattes which affect the people of the country.

This hike in duty on newsprint is nothing but yet another attack on individual freedom.