Idolisation of Godse: A big reason to worry 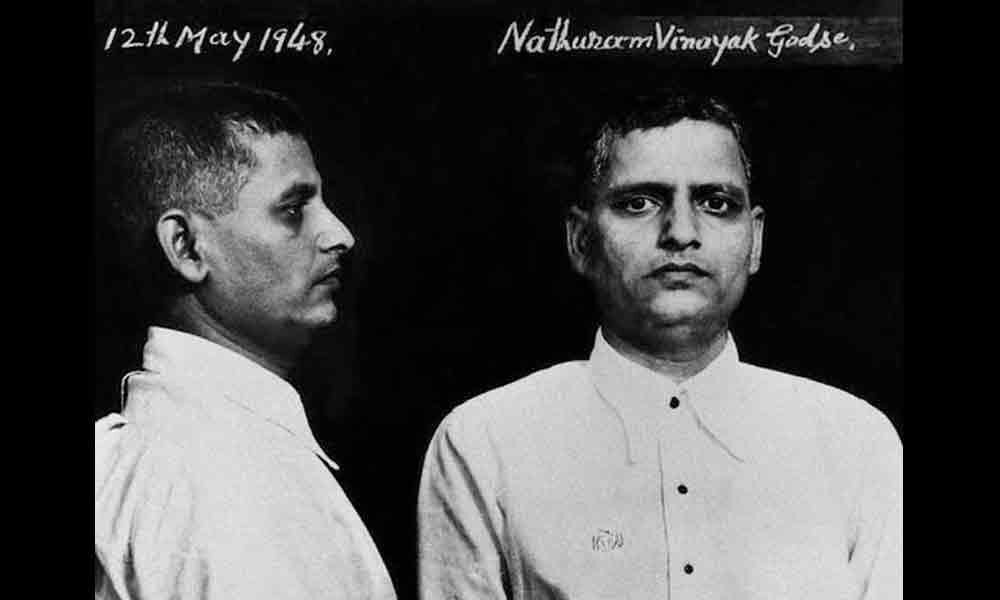 There is big reason to worry for all those who still have their faith in democracy in the country.

There is big reason to worry for all those who still have their faith in democracy in the country.

After seventy years of Independence, after India has gone through several highs and lows, standing united whenever there was a calamity or a national crisis, now ominous signs of return of fascist ideology have been emerging elsewhere in the country, much to the embarrassment of the civil society.

In less than 24 hours after the Bharatiya Janata Party (BJP) leadership censured its Lok Sabha candidate from Bhopal Pragya Singh Thakur for terming Nathuram Vinayak Godse who assassinated Mahatma Gandhi a 'deshbhakt' (patriot), a Union Minister and a ruling party MP have joined the same bandwagon, making derogatory comments against former Prime Minister Rajiv Gandhi and eulogising the killer of the Father of the Nation.

This ostensibly put the BJP in an embarrassing situation, forcing party national president Amit Shah to seek explanation from the three leaders within 10 days.

Though defiant, Thakur has already rendered an apology for her remarks on Godse, but despite her comments leading to a huge rumpus across the country, Union Minister Ananth Kumar Hegde tweeted: "Am glad that 7 decades later today's generation debates in a changed perceptional environment and gives good scope for the condemned to be heard upon.

#NathuranGodse would have finally felt happy with this debate! (sic). Not to be far behind, another BJP MP from Karnataka Naleen Kateel was quick enough make another remark on his Twitter page: "Godse killed one, Kasab killed 72, Rajiv Gandhi killed 17,000.

You judge who is more cruel in this??" Though these disgraceful remarks disappeared from the public domain soon, they raise questions as to where the nation is heading for?

Hegde, who is known for his contentious remarks, tried to disown the responsibility, claiming that his Twitter account had been hacked and some miscreants posted certain controversial comments, but he deleted them.

Though he expressed regret on the issue, it does not seem to be all that convincing, given his past history. Though the BJP leadership finds itself in catch 22 situation over the three powerful party candidates letting loose their tongues and shaming history and the country's great leaders, it is working overtime to take some damage control measures.

Well, these kinds of brazenly provocative remarks are not fortuitous utterances. Delving deep into the present political scenario, one can easily detect the undercurrents of certain xenophobic elements trying to rephrase the history by making phony statements and thereby stoking jingoistic sentiments.

This is high time all the people, who believe in democratic values in the country and its rich and glorious history stood together, notwithstanding their political leanings.

Though our country has strikingly assorted cultures and multifarious traditions, the spirit of being Indian, the essence of true patriotism, flows through the veins of every Indian, keeping up the country's 'unity in diversity', a unique identity that the other nations apparently lack.

The world's largest and the oldest civilisation can't be let to rot in the hands of a few bigots who, time and again, raise their ugly heads and disturb the social psyche.