Rahul, you just can't run away from responsibilities! 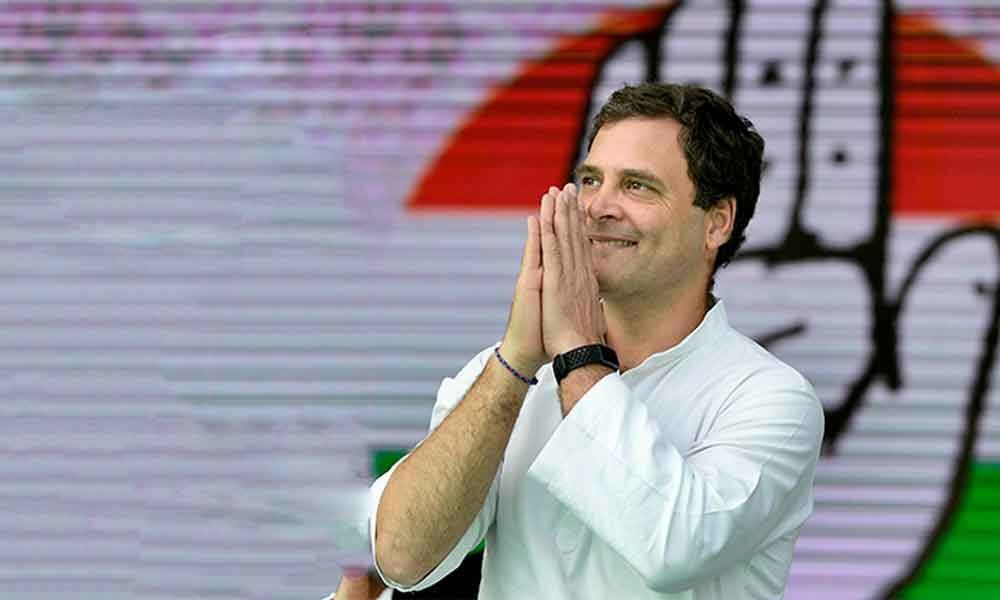 Congress's dilemma is understandable. After lamenting over the family rule and dynasty politics (largely imposed by the Congress itself), Rahul...

Congress's dilemma is understandable. After lamenting over the family rule and dynasty politics (largely imposed by the Congress itself), Rahul Gandhi, as vice-president of the party, said some time ago that all this should change.

It did not change as he said, and he became the President. But disinterested as he was, he could neither guide the party nor himself to any glory. A defeatist and escapist that he is, Rahul Gandhi, has neither the command over the cadres and leaders nor is capable of igniting any sparks in them.

So, we saw him running away from every responsibility. But, the triviality of his nature and his taste for conjectures and hallucinations is shocking. He should ponder over seriously on his deficiencies and recollect his wit sooner.

By throwing the leadership back into his mother's lap, he has not done any favour to himself. This is the time for him to take the mantle from the hands of the mother and give her a peaceful retired life that every parent aspires for.

It is a fact that no senior will help him out of the crisis busy as they are in retaining their glorious positions in the Congress Working Committee. These are all busy in preserving their positions and their security in the party.

They care less for the country and the cadres. They know that the party has weakened considerably, and that Sonia Gandhi is fighting a lone battle. They are just exploiting her loneliness. It is time Rahul Gandhi realised this and defend his mother and the party from the leeches hanging around.

There is a lot of young leadership in the party and given a chance, they will restore the party's glory at one time or the other sooner or later. This is a democracy and no one could say that the BJP is here to rule till the eternity. 2024 will be followed by 2029 for that matter.

Why should Rahul Gandhi be frustrated and keep sulking? He should understand that politics is all about possibilities. He should also understand the changed scenario in the country and keep his ears to the ground.

He cannot afford to be insensitive to the national priorities and national mood. Whoever is advising him is advising him wrong. He is grabbing more headlines in the neighbouring Pakistan than here. He need not go by the versions of non-Indian media too.

This only will distance him from the people of this country. While not in power, one could always put time to good use and learn things that matter to one in life. Rahul Gandhi should understand the national sentiment for once.

Why people are voting the way they are doing, reflects what they are thinking. It is as simple as that. We cannot afford absence of a strong Opposition. Particularly, when someone like Modi is ruling the country.

He is ruthless and with Shah by his side he will not care for conventions and morality etc. This duo is here to bulldoze its way through till they reach their goals. Without a strong leader to counter it intelligently, the country will soon plunge into chaos.