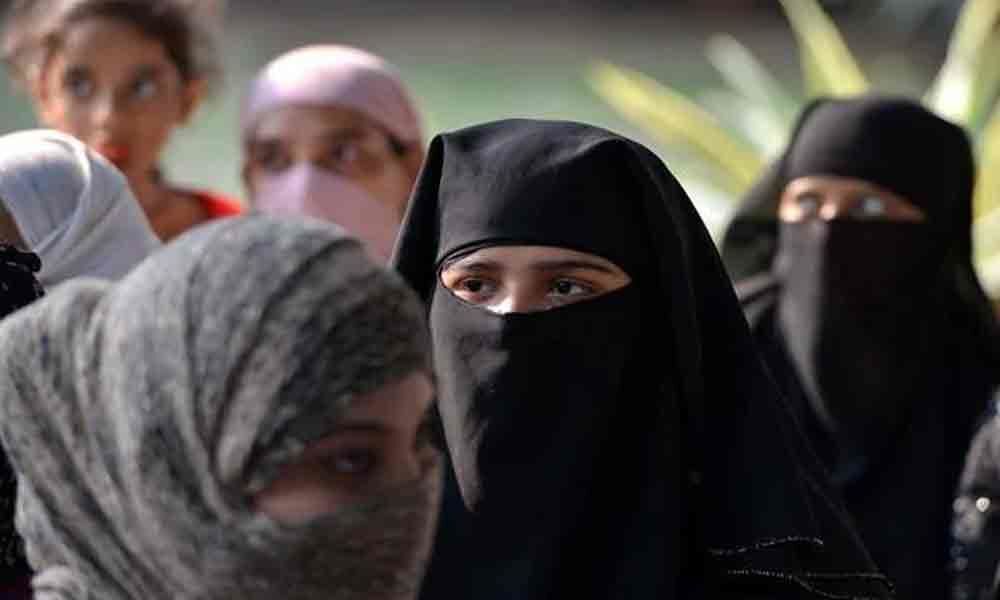 Finally, the Bill relating to Muslim women for protection of their rights on marriage passed through the Rajya Sabha. How it did and what made it...

Finally, the Bill relating to Muslim women for protection of their rights on marriage passed through the Rajya Sabha. How it did and what made it possible is up for discussion anyway. But, would the Bill, per se, provide any relief to the women divorced in such a fashion is to be pondered over.

The mood prevailing in the past too was not that bitter against the Bill on triple talaq practice. It was expected that the Rajya Sabha would one day pass the Bill given the existing political realities. Only surprise was perhaps the abstentions from certain sections that never expected to do so.

For example, why did the two PDP RS members abstain? It is believed that those who walked out were doing so only to give the Bill a walk-over. Yes, minority vote was always in their mind, but the fact of minority women vote too got registered in their minds now. After all, the BJP only got benefited with it of late.

Triple talaq is the practice under which a Muslim man can divorce his wife by simply uttering 'talaq' thrice and is prevalent among India's Hanafi Islamic school of Law. This certainly is not the practice among Muslims across the world, as many other Islamic schools of thought prefer differing the divorce process over a period of three months.

Including Pakistan, several Muslim countries have banned the triple talaq. While the Muslim women could rightly rejoice the passage of the Bill. one could often wonder whether triple talaq and polygamy are the main issues facing the Muslim community which lies at the bottom of the economic and educational indicators in the country. Activists uphold the ban citing the misuse of the instant divorce by men.

Once the Bill becomes an Act, a husband who resorts to instant triple talaq can be jailed for up to three years and be fined. Instant triple talaq in any form - oral, written or electronic form - has been banned and will be a cognizable offence. The Bill also provides for a subsistence allowance of a harassed Muslim woman and her dependent children and the custodial rights of minor children.

The Supreme Court passed a landmark judgement in August last year calling instant triple talaq illegal and unconstitutional. According to census data of 2011, the divorce rate among Muslims was 0.56 per cent less than in the Hindu community, which stood at 0.76 per cent.

In fact, the issue should have been resolved in favour of women long ago. But those preferring to stick to the medieval laws and practices in the name of religious considerations would not allow it. Nor were they willing to reform themselves.

Now that the Bill is passed, the Centre should focus on the biggest problem facing the community members - illiteracy and lack of awareness when it comes to women's rights. Now that an impediment has been removed in securing the Muslim women, more should be done.

In fact, it is not just about the Muslim women. It is also about every woman in this society. Only the other day we saw Azam Khan treating the Chair of the Lok Sabha in an unworthy manner.