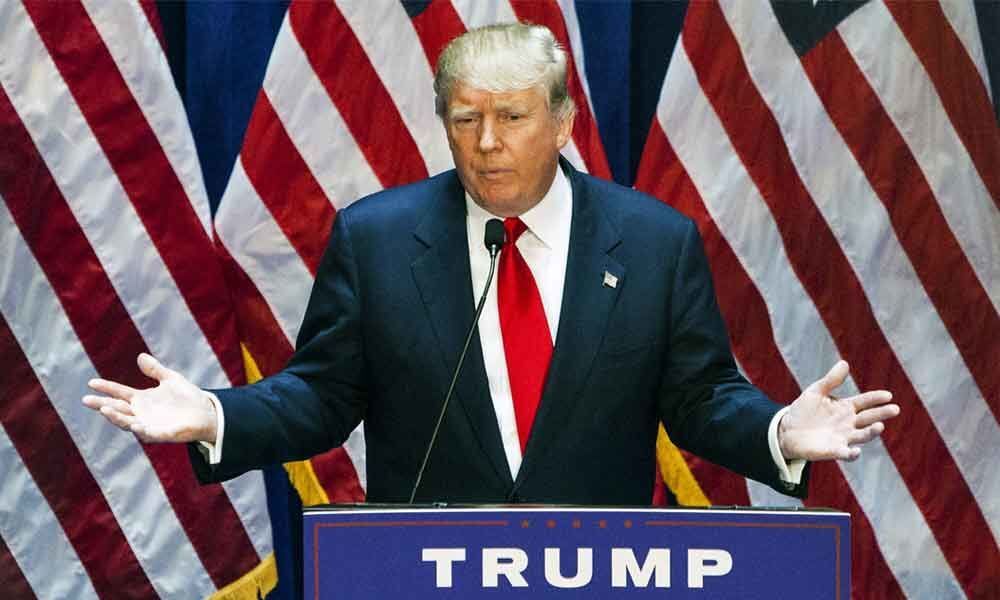 Does lunacy have any limits? Perhaps no. Surely so in case of Trump.

Does lunacy have any limits? Perhaps no. Surely so in case of Trump. He just stated that he would withdraw the US from the international Arms Trade Treaty (ATT).

This agreement was signed by Barack Obama in 2013. It regulates the sale of weapons between countries. Of course, Trump has the backing of the US National Rifle Association (NRA), which keeps funding him limitless.

Trump, while addressing members of the US gun lobby, said he intended to revoke the status of the US as a signatory to the ATT, which was never ratified by the US Senate.

The NRA has been opposing the regulating laws on arms trade that is to the tune of 70 billion dollars in conventional arms. It just does not care for the lives of its own citizens nor that of the people elsewhere in the world.

All that the lobby is interested is in making money. Now that Trump wants to get out of the first international treaty regulating the global arms trade which imposes constraints on the sale of conventional arms to governments and armed groups that commit war crimes, genocide, and other mass atrocities.

There are any number of people and groups that are craving to violate human rights and lives. Nearly three decades ago, Amnesty International took on the massive challenge of regulating the global trade in conventional arms.

In fact, it was the Gulf War in Iraq that drove the message home about the dangers of an international arms trade lacking in checks and balances.

Unregulated arms trade globally was violating the Universal Declaration of Human Rights, the UN Charter and the Geneva Conventions which were key to human rights and human standards.

India has been an active participant in the ATT negotiations, but it abstained from the voting in the UN citing national security objectives.

From a civil point of view, groups concerned about national sovereignty or individual rights to armed defense have been negative of the ATT.

The Stockholm International Peace Research Institute's (SIPRI) latest report suggests that major weapons sales in the five years to 2017 were 10 per cent higher than in 2008-12 (total arms sale in the world was worth 100 billion dollars per year).

The US now accounts for 34 per cent of global arms sales, up from 30 per cent five years ago and is now at the highest level since the late 1990s'.

How does it affect the world? Well, take for example, Syria and Iraq and Afghanistan. ISIS is not the only unintended beneficiary of American arms.

More than 1.5 million firearms supplied to Iraqi and Afghan security forces after 2002 went missing. Similarly, weapons sold to countries which do not have a healthy government would always mean that the firearms could end up landing in the wrong hands of the terror groups.

But, how does it matter to America which is only interested in keeping its arms supply industry safe and sound at the cost of millions of lives.