Will Union Budget bring cheers to the common man? 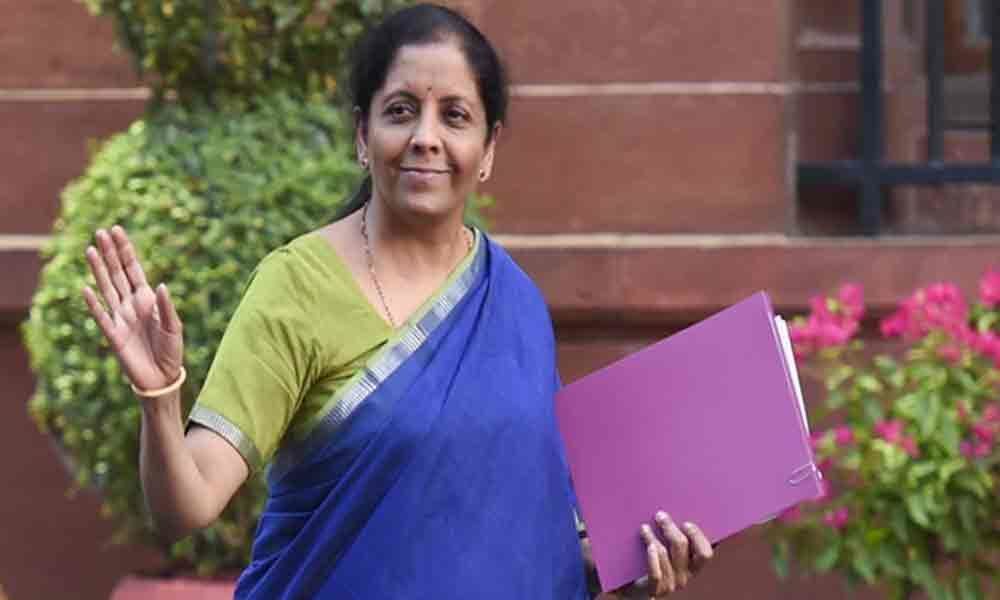 Will the Budget 2019 to be introduced by Nirmala Sitharaman, the second woman Finance Minister after Indira Gandhi, on Friday reflect 'Sab Ka Vikas'?...

Will the Budget 2019 to be introduced by Nirmala Sitharaman, the second woman Finance Minister after Indira Gandhi, on Friday reflect 'Sab Ka Vikas'? Will it put a smile on the faces of the common man particularly the middleclass income taxpayer?

Expectations are high. It now remains to be seen how the halwa has been cooked in the Finance Ministry. Though speculations in financial circles is high that the Modi regime will provide relief from income tax, experts say that there is not much room for the government to take big decisions.

They are sceptical on this issue and say that there is not enough fiscal room for the BJP government to take such decisions. At the most, the government may consider giving an impetus to investment in the form of encouraging savings by the common man. But then, another view is that that if there is big tax cuts, it would boost consumption.

A uniform corporate tax rate of 25% for all companies is also expected in this budget. More tax incentives to reverse the decline in savings if it happens should also be a welcome step as it will encourage households to save more.

Though the Finance Minister claimed that the demonetisation had no effect on the Indian economy and it still continues to be the fastest growing economy, she admitted that there has been certain fall in the manufacturing sector. But then she said it was not on account of demonetisation. But then the government will also have to explain why about 6,000 industries got closed.

If the mood in government circles is any indication, the budget is likely to focus on key reforms like covering all farmers under the cash transfer scheme, voluntary pension scheme for small and marginal farmers, extend support for micro and small and medium Enterprises. May be some changes in the GST can also be expected.

What is equally important is that the government should focus on addressing the water scarcity across the country, The Jal Shakti Ministry can address this issue but only if it gets huge allocations. May be the lion's share.

Another major area where the budget 2019 is likely to focus is asset monetisation programme. It could include sale of loss-making defunct PSEs which were set up on large chunks of land. This land may be put to commercial use. Experts also indicate that there is possibility of selling some of the non-core assets of profit-making PSUs like ONGC, NTPC BHEL, SAIL, Airports Authority of India etc.

This move, they say, will help PSUs to get higher dividend. In fact, this scheme was thought of in 2016 itself but for some reasons best known to the government, it did not take off.

Similarly, bold labour reforms are also necessary which can give the employers flexibility to hire and fire. The government should also focus on increased government recruitment.