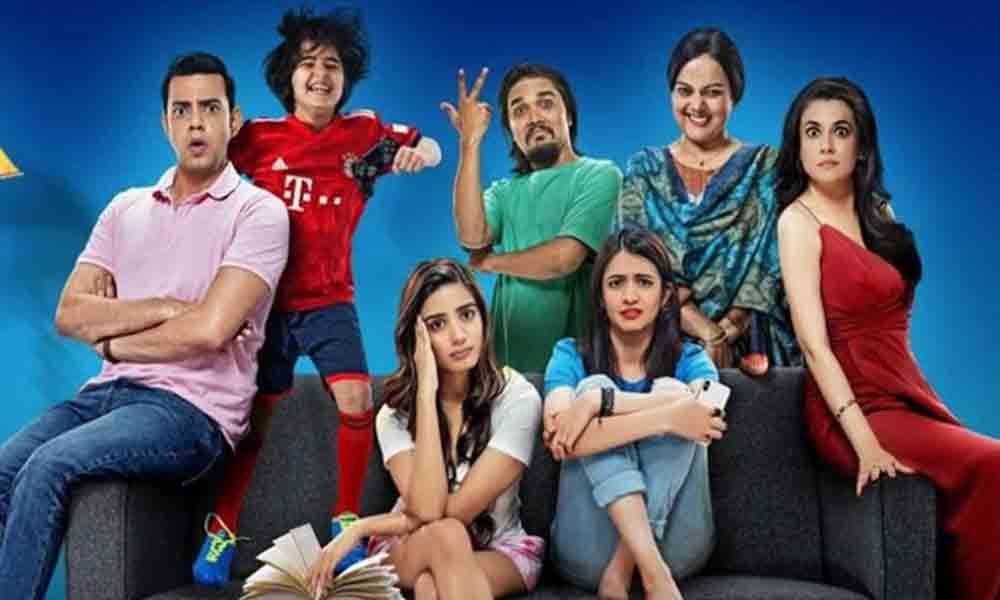 In spite of undeniable crackling chemistry between the two very talented actors who play the Malhotra couple, 'Mind The Malhotras' feels as flat and stale as pancakes from yesterday's breakfast, a rancid after-taste which no amount of maple syrup can conceal.

There are mother-in-law jokes, the discipline-the-child jokes, control-the-domestic help jokes, love-thy-insufferable-neighbours jokes, incorrect-angrezi-pronunciation jokes, wife's weight jokes. Weight...there is more. There is even a Basanti-seduces-Thakur joke which I am pretty sure won't amuse Ramesh Sippy.

I am sure originally, the writing adapted from the Israeli series 'La Familigia' must have made the team for the desi adaptation roll off their chairs in sheer glee. Alas, very little of the original humour renders itself to a rib-tickling translocation. Most of the humour shared by the lead pair is generated more from their innate talent to liven up proceedings than organically from the content.

Mini Mathur and Cyrus Sahukar are no spring chickens when it comes to creating a climate of comicality. They are bang-on as a slightly off-beam couple trying to find reasons to be unhappy in a fairly tranquil marriage.

The main cause for wit in their marriage is their firm if the completely misplaced belief that they are going through a mid-marriage crisis when they are not. The script devises long therapy sessions with Denzil Smith as the streaming platform where Rishab and Shefali unwind.

The shrink sessions work to a point as clearly, Cyrus and Mini have a terrific kinship worked out between them. However, in the absence of a more tenable dossier to provide the couple with a belligerent blueprint, the series gasps and splutters through clumsy writing concealed to some extent by the lead pair's intelligent command over the content.

There are some interesting incidental characters such as the family's 'cool' Man Friday who is also the patriarch's best friend. What finally takes the series down is laboured overelaborate gags. One involves the song 'Tamma tamma loge'. Like the series itself, the gag goes on and on. By the time I reached Episode 4, I couldn't invest in this couple's non-existent crisis anywhere.

Cute, beyond a point, becomes cumbersome. The Malhotras don't seem aware of where to stop their mutual whining and cribbing and start enjoying their marriage again. Their hard luck.