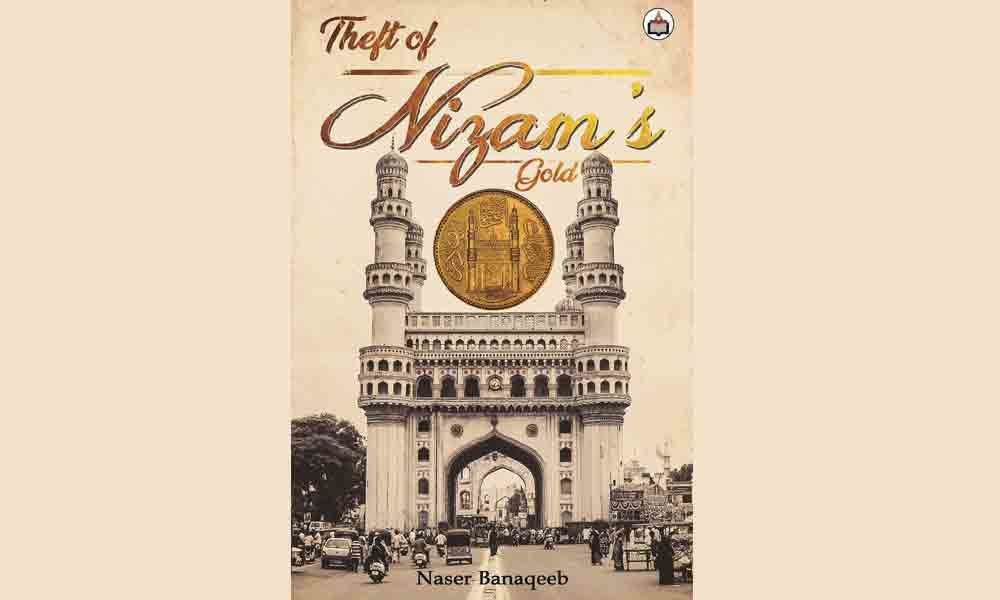 Theft of Nizam’s Gold is an intriguing tale of a bygone era, of loyalty to and hidden treasures of Nizam-ul-Mulk, Nizam VII, the monarch of the...

History of Hyderabad has always been a subject of great interest for writers. However, not many of them have attempted to explore it in the form of fiction. 'Theft of Nizam's Gold' by Naser Banaqeeb can be the perfect read for all those people who are intrigued about the Nizams and the mysteries connected to Asif Jahi Gold popularly known as the Nizams' gold. The plot of the novel is exciting and enjoyable.

Making his debut with this book in the literary world, Naser Banaqeeb is a digital marketer, soft skills trainer and growth hacker.

The book is historical fiction; however, it is also artfully interlaced with some facts and secrets of the Nizam's gold which are enough to captivate the attention of the readers or to mesmerise them.

The novel begins in 1887. In its prologue, the writer describes a small incident that took place at the Chowmahalla Palace during the reign of Nizam VI, Mir Mahboob Ali Khan. There is a vivid description of some famous historical characters like Alexander Malcolm Jacob; the great diamond seller, Kamal Khan; described as a man of noble origin but with debts on his shoulders and Alfred Abid, Nizam's most favourite man, who is like King's own shadow.

The novel perfectly depicts the life of the Nizamis or the people in general before or after the annexation of Hyderabad State into Indian Union. There is more about how the tension prevailed among Hindus and Muslims right after India got its independence from the British and how Nizam's loyal men, branded as Razakars, got themselves enmeshed into the tangle of bad reputation and into a civil war against the Indian Union.

The story takes a mysterious turn when Subhan, the narrator of the story, visits England and where he meets Affet, the princess who reveals some secrets of Asif Jahi Gold, which was reported to be discovered by the Nizam's own army head and which only Nizam VII knew of.

Affet even showed an Asif Jahi Gold Coin which portrayed an effigy of Charminar on one side of it and the picture of the Asif Jahi Flag on the other side.

"It was the Nizam's own treasure, accrued over the past centuries, moulded and remoulded, the treasure which historians never have recorded…"

The story moves forward in an unclear way with the narrator coming back to Hyderabad. A plethora of events are described which reflect how the people turned against the royal blood and how this led to the beginning of a new era - an era with no Nizam.

The novel entails some secrets and ends on a mysterious note.

The writing of the book is simple, yet its flow is attractive. Overlooking shortcomings which are crept into the novel in the form of language usage and tone, it is certainly a historical fiction triumph. A good piece of work from the writer who reported to have spent almost three years to learn English so that he could pen this book in English.