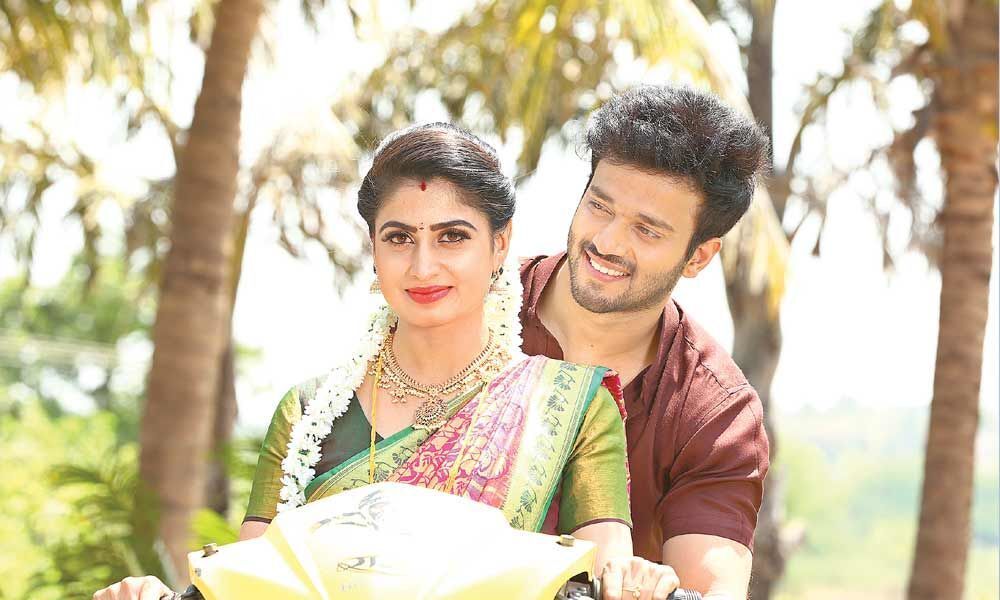 A still from the show
Highlights

Zee Telugu is launching a new show, ‘Akka Chellellu’, a story on two independent twins with contrasting personalities, and yet leading their lives...

Zee Telugu is launching a new show, 'Akka Chellellu', a story on two independent twins with contrasting personalities, and yet leading their lives together under the same roof.

The fiction show is starring Chaitra Rai, who is known for her act in 'That is Mahalaxmi', as both the twins, Sravani and Dharani.

The story beautifully captures the lives of two tenacious women in their journey of life.

This new show is launching on March 25.

Sravani and Dharani, two differing twin sisters hail from a lower middle-class family, where their father works several odd jobs to give them a better life.

Sravani is a self-centred and ambitious girl who has no worries.

While Dharani is considerate in nature as she recognizes the challenges and sacrifices made by their father to educate and raise them.

Dharani forfeits her education and other comforts for Sravani to pursue her higher studies and lead a cushy life, in order to lessen the burden of their father.

Sravani grows up to achieve all her dreams and become a criminal lawyer.

Watch the story unfold as Sravani and Dharani are destined to live under the same roof even after their marriage.

What Do Start-up Business Owners Need to Know about Investment Deals?