A moment of pride 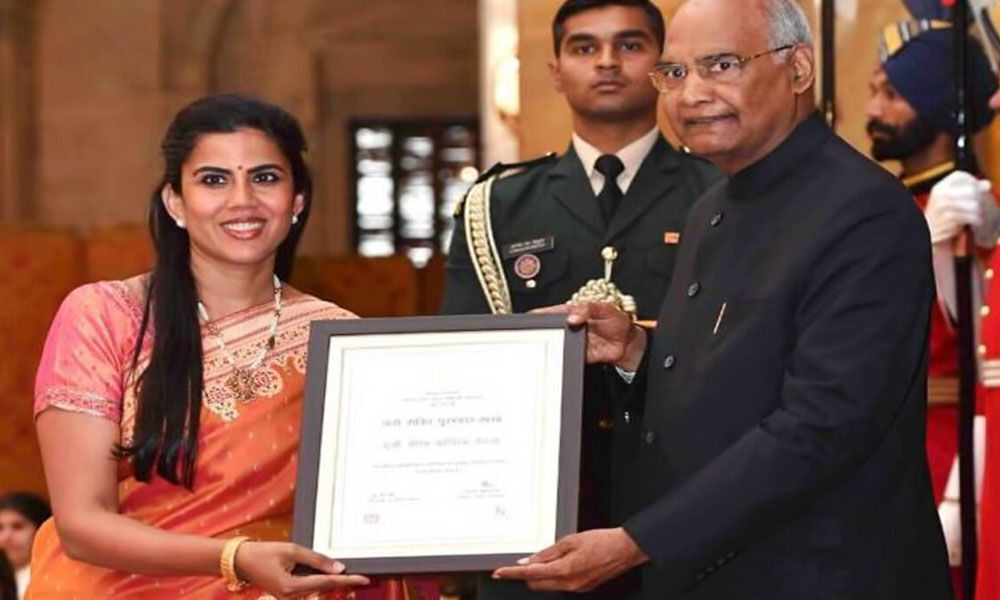 x
A moment of pride
Highlights

Seema Mehta, director, 'Kirtilals' and a renowned Kathak artist, has been awarded with the prestigious Nari Shakti Puraskar award 2018, the highest...

Seema Mehta, director, 'Kirtilals' and a renowned Kathak artist, has been awarded with the prestigious Nari Shakti Puraskar award 2018, the highest national award for women, for her contribution towards women's empowerment for over 15 years. She has been bestowed with this honour for teaching Kathak to children and young adults from disadvantaged communities.

President Ram Nath Kovind gave the award at a ceremony held at Rashtrapati Bhawan on International women's day.Seema Mehta's journey with Kathak started in California. After watching Pandit Chitresh Das's performance, she was mesmerised by the beauty of this art form and Seema decided to learn Kathak.

While she was studying in California she also began her study in Kathak. She did her debut performance at NCPA, Mumbai in January 2009. In 2010 she moved to Mumbai to open her dance school. She is the director of 'Chhandam Nritya Bharati' in Mumbai and is actively involved in the preservation and promotion of Kathak, both locally and globally.

She continues to perform in India and abroad. Apart from that, Seema also comes from a business family. The granddaughter of KirtilalKalidas Mehta, the founder of 'Kirtilals', she is the creative director of the company and has been instrumental in the jewellery chain's growth. Commenting on the occasion, Seema Mehta said, "I am extremely humbled and honoured to have received the 'Nari Shakti Puraskar' award.

I would like to dedicate it to my mother- a woman who has stood by me through thick and thin. I would also like to extend my gratitude to my family who have been my pillar of strength. They have always been a catalyst in my growth and have worked towards uplifting the status of women across all strata of society. I believe that there are many women who deserve recognition that are the unseen and unheard in society, and I honor them today as well."