My breakthrough should give young artists confidence 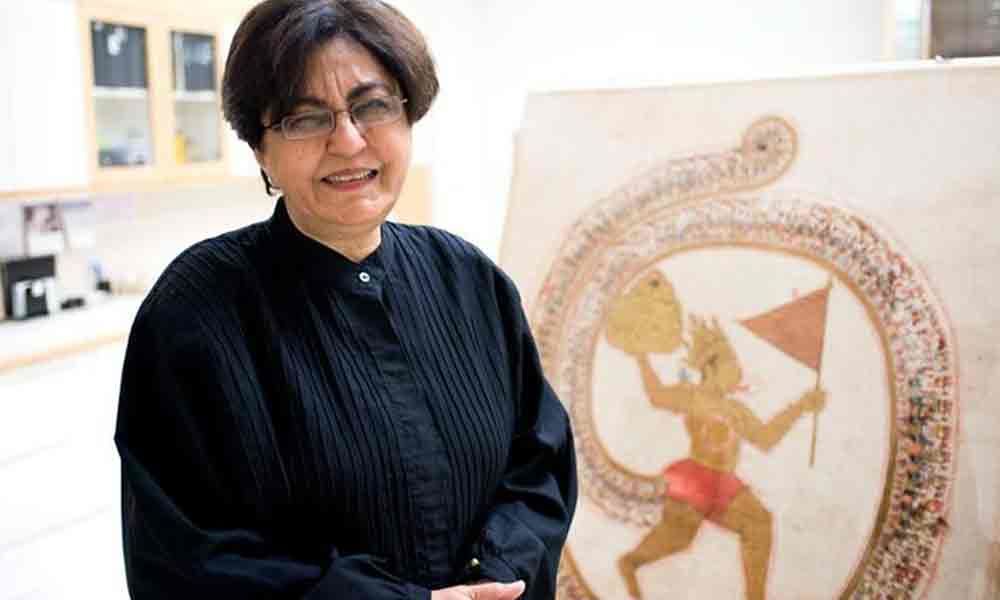 x
My breakthrough should give young artists confidence
Highlights

Says Nalini Malani who recently became not just the first Indian but also the first non-Western artist to win the 77,000-euro Joan Miro prize, the...

Says Nalini Malani who recently became not just the first Indian but also the first non-Western artist to win the 77,000-euro Joan Miro prize, the most expensive art award ever

Born in Karachi in the year before Partition, she spent her early years shuttling between Kolkata and Mumbai, her teens facing parents sceptical about her choice of art as a full-time career and her later years waiting for recognition to come knocking at her door.

So, when 73-year-old Nalini Malani recently became not just the first Indian but also the first non-western artist to win the 77,000-euro Joan Miro prize, the most expensive art award ever, it was a "breakthrough" that had been a long time coming.

It is also a move the installation artist hopes will make the road to success in art a little easier for younger Indian artists. "For young artists from India, a breakthrough like this should give them the confidence that there is a vast world out there which they could be part of," Malani, in the spotlight after being declared winner of the seventh edition of the Joan Miro prize by the Barcelona based Fundacio Joan Miro last month, told.

It was given to Malani for her impressive body of work that gave a voice to "the silenced and the dispossessed all over the world, most particularly women", said the citation. Winning the Joan Miró Prize is more than special, also because she met Miró in 1972 in Paris where she studied for three years, the Mumbai-based artist said.

"This encounter had a deep impact and inspired me to change my way of working from what I had learned at the JJ School of Art in Bombay," she said. Born in 1946 in Karachi, Malani grew up between Kolkata and Mumbai. Though she was too young to remember the tumultuous immediate aftermath of Partition, her family's experiences as a refugee are reflected in her work.

"When I expressed my intention to become an artist, my father strongly resisted it as he wanted me to have a profession that I could take with me in case we had to escape again from a political conflict," she said.

This personal background marked by the consequences of colonialism led to a firm socio-political commitment and a distinctly cathartic approach in her work. For instance, at the ongoing 58th Venice Biennale, she is part of an independent exhibition "Rothko in Lampedusa" that "reflects on the inherent and individual value of refugees".

Those familiar with Malani's art practice will know that her career began with paintings and sketches. She went on to work with photographs and film in the 60s and 70s, video in the 90s and subsequently moved on to digital media.

Recurring themes in her ouvre also include conflict, transnational politics, displacement, and critical examination of gender roles, which she brings to life using characters from Hindu as well as Greek mythology.

The Joan Miro Prize citation said she was driven by "a complex artistic quest based on immersive installations and a personal iconography where a profound knowledge of ancient mythologies converges with a bold condemnation of contemporary injustices".

That she has always been politically motivated as an artist comes through in her works, and The Fundaci Joan Mir, in fact, noted that she was chosen for the prize for her long-standing commitment to the values of radical imagination and socio-political awareness.

As India voted Narendra Modi led BJP to power for a second term in the Lok Sabha elections this year, she said while the results showed the preference of the people of the country, what she was keenly interested in was "what motivates people to make their decisions".

"Hope is a wonderful instrument that makes us look forward to a better future. One of my hopes is that people should have full knowledge of the consequences of their actions," she said.

According to Malani, artists have a minor but important role to play in the healthy functioning of a democracy.

"Our work now shows where we stand but will also show in the future where we stood in the past. As such our role goes beyond our physical lives," she said. She has also been campaigning, since the past year, to make art free.

As part of the endeavour, she created an instagram account and has been posting on it her "notebooks of iPad animations". These notebooks essentially offer viewers an opportunity to go through Malani's art works and offering an insight into her creative process. "In a time of a market driven art scene, I am convinced that it is time to make free art," she said.

Malani said she will use the Miro prize money to produce a new artwork that would be part of the solo exhibition at the MIRO Museum in Barcelona that will open on March 19 next year. The show will also feature a collection of her wall drawings. "I have visited the Museum and they had allocated six large museum rooms for this purpose. It's a very interesting architecture by Jose Luis, which gives me the opportunity to link the different rooms via their passages with my wall drawings," she said.

The exhibition will go on travel to Seralves Museum in Porto in Portugal. Closer home, the artist will be showcasing at the Max Mueller Bhavan Institute in Bombay as part of their 50 years anniversary, which will open on October 18 this year.